Last week I spent the better part of two workdays streaming the Narrabeen contest, and did the same for Newcastle the week before. Platinum-grade high-pressure live-action surfing, with a jackhammering open thread and a dose of Pfizer’s best fizzing through my now-defended circulatory system—what a joy! All last year, I wasn’t sure what a “return to normal” would look like or even if it was coming at all. But this was it, for me anyway, and without irony or shame I confess to nearly being in tears watching Gabe and Carissa light up those dumpy shorebreak closeouts, while tapping my B-minus zingers into the comments section. Yes, global democracy remains in the balance. Earth Day still feels performative. Covid variants, known and unknown, lay in wait. In other words, eight years from now we could just as easily be plotting revolt aboard Snowpiercer as we are on the beach at Malibu cheering Jackson Dorian on to Olympic Gold. But never mind. Last week we had Narrabeen, and not only was the wave-riding sporadically amazing, but the WSL, thankfully, has at last punched a hole or two in its own long-reviled and scientifically backwards Wall of Positive Noise and is now beginning to put the sport’s less-smiley moments on display. I’m thinking of course, first and foremost, of Ítalo Ferreira, very much on camera, mushroom-stomping his board to pieces after his robbed-in-broad-daylight quarterfinal loss to Connor Coffin. 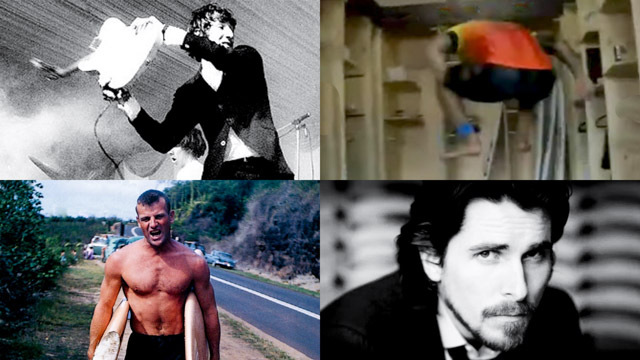 I loved it. But the online arrows immediately started pinging off Ítalo’s brawny shoulders. So unprofessional. So wasteful, what with all the boardless kids out there. A dick move in terms of the environment. To which I say: 1) Define “professional,” and if Kanoa Igarashi comes to mind we must simply agree to disagree. 2) Ítalo learned to surf on a board made from broken bookshelves and twine so suck it up and get creative, groms. 3) Your lost perspective is somewhere in the house, I promise, and Scott Morrison will replace Ítalo as soon as you find it.

To be fair, I’ve always been pretty loose about surfboard destruction. Maybe there was some reverence back in the early days. But not much, as I grew up at a time when boards were outdated every few months. Later, in San Francisco, it felt like my entire quiver was just one long-period swell away from being cleaved in half thanks to my patented 1,000-bailout sessions at Ocean Beach. What I’m trying to say is, the surfboard-as-object was never especially holy to me. Oh, and all that guru-shaper hoodoo bugged me, too—probably because I got so many incredible boards from guys nobody outside my local area had ever heard of. Shove Dick Brewer out of full-lotus and he’ll come at you like the Long Beach machinist he was and always will be. 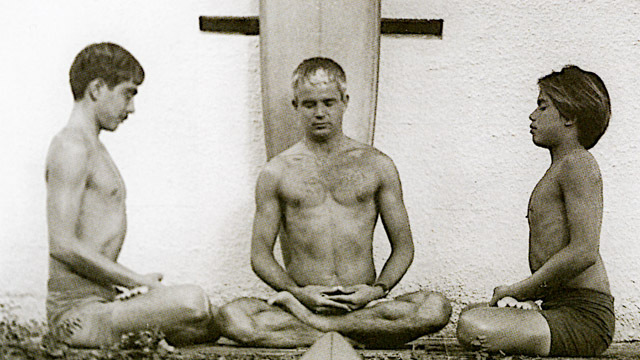 So, yes, I enjoyed Ítalo’s Narrabeen flareup, just as I enjoyed Jock Sutherland on the rocks at Honolua Bay in Pacific Vibrations, channeling Pete Townshend as he smashes his board to fragments, and some other silly bit (I can’t recall the film) where guys take turns throwing a hatchet into board lashed to a palm tree—although maybe I’m confusing that with my favorite Johnny Carson moment.

Hold up, though. I have to go back to Brewer. Jeff Hakman tells the story:

RB made me a beautiful 9′ 6″ gun for Waimea in 1973. It took a long, long time to get a board from him in those days—thought the Brazilians could get ’em ’cause they had the coke. So I come into the shaping room and Brewer says, ‘Here it is, what do you think?’ And I look at it and said, ‘Nice, nice.’ And then I said, ‘The tail seems a little pulled in, don’t you think?’ ‘A little pulled?’ he asks. ‘I can fix that.’ And he got a saw and just cut a foot off this perfect board, and the pintail just dropped to the floor. ‘How’s this?’ he asked me. ‘Is this better for you?’

Turns out I do like the shaper-guru—as long as he’s a raging Christian-Bale-grade diva as well. We’d all rather surf than watch, but if we gotta watch then by all means let’s have it raw and entertaining. 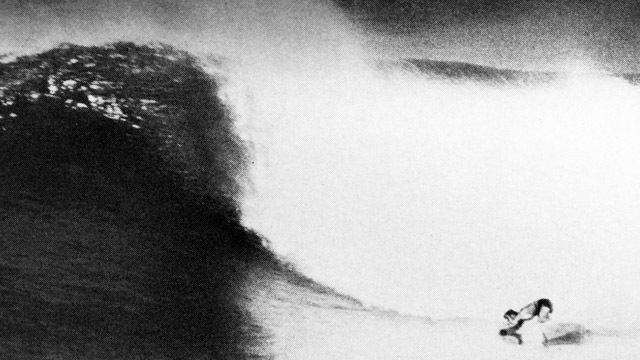