It happens all the time. You toss off a pop-culture reference, all casual, hoping to ride the zephyr of cool, and it turns around like a Boeing-designed paper plane and jabs you in the eye. Maybe you’re a beat late (Yeah Baby! worked in ’98, not ’99). Or maybe, sadly, the reference itself no longer has an audience. “Kilroy Was Here” won’t play anywhere in 2020 except retirement homes and the Sarasota VFW. “Correctamundo” is heading in that direction.

I bring this up because a recent deep dive into the life and times of Owl Chapman was a stark reminder of Nigel Tufnel’s dictum on the “fine line between clever and stupid”—except Spinal Tap itself is of course losing cultural cache by the month, and by referencing it I am Okay Boomer-ing all over the joint. My opinion on Chapman took a turn for the worse after he sued Steve Pezman and The Surfer’s Journal for libel, and rode that bullshit charge all the way to Federal Court before eating it. (Read the short version here; if you’ve got a spare hour and a kink for surf-filtered legalese, try “Craig Elmer (‘OWL’) Chapman v. Journal Concepts, Inc.” in Casetext—the whole saga is as fascinating as it is lengthy.) I also recall being less than impressed with Chapman after he leaned in too close, this would have been 1988 or thereabouts, and whispered “I’ve ridden waves they’ve never even dreamed of”—not because it’s a dumb line (it’s a great line), but because he’d said the same thing, word for word, in the same hot-breath manner, the previous two times I’d met him. (To be fair, Chapman’s opinion of SURFER, my employer at the time, took a turn for the worse after the mag published a cover shot of him getting righteously pitched over the falls at Sunset. It’s an incredible photo, but I can see where a dude might take that personally.) 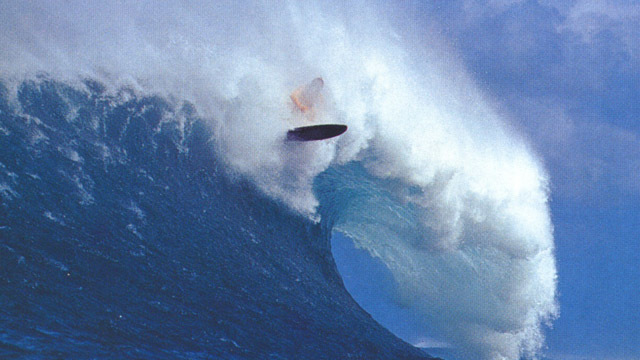 All that said, Owl Chapman really was something in the early 1970s. In fact, there was a moment there—let’s say 1972, right after he did this interview with Drew Kampion and turned in a star-making performance at that year’s Expression Session—where Owl was very much in the running for the Most Interesting Surfer in the World. His boards were sublime. His look was two-thirds West Hollywood, one-third Chuck Dent. His Pipeline bottom turn was as smooth, perfect, and powerful as a Ted Williams home run swing. At a time when famous surfers were laid-back to the point of somnolence (Terry Fitz and Mike Purpus excepted), Owl wanted to entertain as well as impress, and he did both . . . in spades. He was street-smart and funny. He was self-deprecating one moment and a dick-swinging rock-and-rolling surf star the next. And then he got trapped, somehow, in the darker recesses of the ’70s. Trapped on the North Shore, trapped in himself. But when Owl’s star first began to rise, it showed brightly indeed. Here’s the video, have a look. 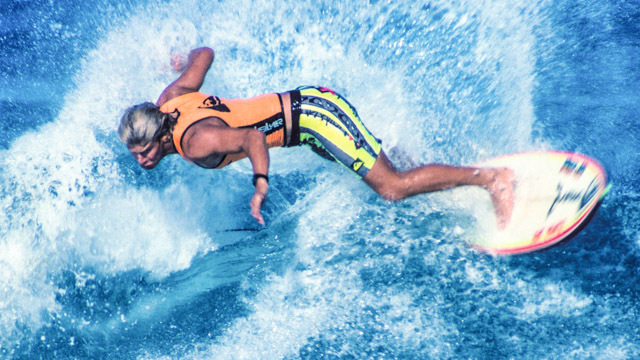 Jamie Brisick, on the other hand, just gets more interesting, more articulate, and more relevant as he gets older. Jamie’s long-overdue EOS page finally went up, and here is his latest article, “Surfing in the Time of Coronavirus,” posted just last week by Huck magazine. My favorite part is where Jamie notes how a widespread ban on surfing has brought on a rise in localism.

Many surfers feel that the surfing ban is a result of inlanders flouting the shelter-in-place order and heading to the beach. “We’re the collateral damage,” said a San Clemente surfer I spoke to. “If everyone just stayed within their zip codes we’d still be surfing.” My inner surf junkie understands that logic. My higher self fully disagrees with it.

The old surf-life push and pull. Jamie’s a smart kid—for a Val.