Localism was already a thing in 1972—you might even say it was the thing, in terms of the sport jumping all over a new trend—but for most of us it was still a rumor, a bit of sidewalk graffiti, a lustily shouted “GO HOME, KOOK!” after a drop-in by a non-local surfer. Of course, we’d been tribal for 20-plus years by that point. “Locals Only” blew up not just for its perfect four-syllable catch-phrase assonance, but because it stuck like a refrigerator magnet to a feeling that had been part of the sport—in some places, anyway—since fresh-off-the-boat Malibu surfer Tommy Zahn got false-cracked at Queens Surf during the Truman years.

But, again, it was all kinda hush-hush. Mike Purpus’ 1972 article for Surfing magazine, “Oregon: Love it or Leave it,” was the first time localism was presented to us in detail.

“Oregon” is a three-layer confection of absurdity. Purpus drives north from Hermosa Beach to Seaside, Oregon, in a seven-man caravan that includes not one but two photographers—which, I mean, come on, the Dalai Lama himself would be pissed off at this Katin-wearing SoCal invasion. The Seaside locals give off a lot of what Purpus repeatedly refers to as “bad vibes,” but only get physical with the visitors’ cars, and even there they limit the damage to flattening tires and smashing a door handle. Destructive and chickenshit at the same time, in other words. Surfing magazine, to its discredit, then put a platform beneath this shitshow by giving it eight pages in the May issue, along with a companion short-fiction satire piece on localism—“The Vibe Tribe,” also by Purpus—plus an editorial by publisher Don Thomas in which the solution to localism, and I am not making this up, is for all of us to remember and apply the Golden Rule. 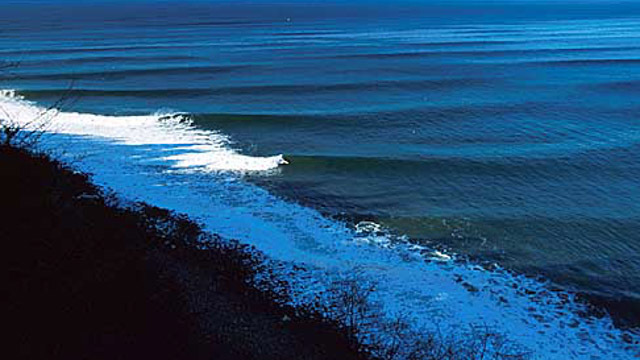 My own brief encounter with the Seaside locals took place 15 years ago, on a drizzly morning just before Christmas. I pulled into the dirt parking area halfway up the point, board in the trunk, pretty sure I wasn’t going to get out and ride—I just wanted to clamp eyes on this amazing setup, which has been described as a cold-water Jeffreys Bay. A small group of men sat around a fire, 20 or so yards further up the point. It was light offshore, and very quiet. The surf was almost flat. Every few minutes a wave or two would bump up and fizzle down toward the sandy beach a few hundred yards to the north, in front of Seaside proper. Two surfers were nonetheless about to paddle out, and because the tide was high enough to put a surge onto the rocks, and because the surfers were obviously beginners, for a few minutes it was touch and go as to whether or not they’d make it safely from shore into the water. I watched closely, along with the men up the point. Right after the two surfers made it to the lineup and sat upright, one of the men stood, walked forward, and with no preamble or emotion of any kind began lobbing rocks into the lineup next to the surfers. Neither had so much as caught a wave. They turned and immediately headed down to the cove. I did the same.

Seaside orbited back to me last week when I hit Episode 106 of “A History of Rock Music in 500 Songs,” which covers in detail the absolutely bonkers creation story of the Kingsmen’s  “Louie Louie.” Andrew Hickey, the slow-talking and deeply-baritoned Brit behind this podcast, is smart and low-key funny and knowledgable—maybe too knowledgable, as the name-checking and dot-connecting will often swarm the track in question and vampire-suck the life out of it. But the “Louie Louie” episode had me hanging on every twist and turn, starting with the fact that in 1962 the Kingsmen were frequent headliners, along with Paul Revere and the Raiders, at the Seaside’s all-ages Pypo Club—a favorite with area surfers and named after the paipo bellyboard. That summer, both groups began covering this version of “Louie Louie,” and the song became so popular locally that the Kingsmen once did a 90-minute set made up of nothing but an extended and unbroken “Louie Louie” jam. 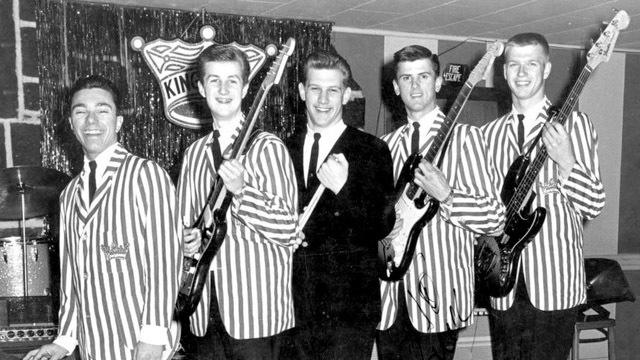 The following April, 1963, the Raiders booked time at a local studio to record their version of “Louie Louie.” Unbeknownst to either band, the Kingsmen, that same week, in the same studio, had also recorded “Louie Louie”—the version you’ve been sick of for, depending on your age, the past 20 or 40 or 50 years. Technically speaking, the Raiders, by a hundred miles, cut the better track. They were a tight professional-level band, headed for bigger things, and already had a Top 40 hit to their credit. Plus the Raiders devoted a full 30 minutes to recording “Louie Louie”—or 27 minutes longer, give or take, than the one-and-done version by the Kingsmen, who spent more time afterward trying to figure out who was going to pony up the $52 studio fee. (The singer’s mom, as it turned out.)

But the rock gods smiled that day upon the Kingsmen, not the Raiders. So much so that the Kingsmen’s mistakes—a muffled but heartfelt “FUCK!” after a drumming error; a bit in between the guitar solo and the final verse where the singer comes in early, hastily backs out, waits, starts over—are themselves charged with energy. As one critic noted, “had the band been granted more studio time, a budget, a producer, they might have rethought the spontaneity of this first, perfect take. Fortunately for all of us, they never got that chance.”

Two more things about the Kingsmen, although there is so much more to the story . . .

1. “Louie Louie” went big nationally only after WMEX Boston DJ Arnie “Woo-Woo” Ginsburg gleefully played it during his “Worst Song of the Week” segment, trolling for a laugh. But the kids loved it and “Louie Louie” shot to #2 on the charts. Something like 1,500 cover versions of the song have since been recorded. Joke’s on you, nerd! 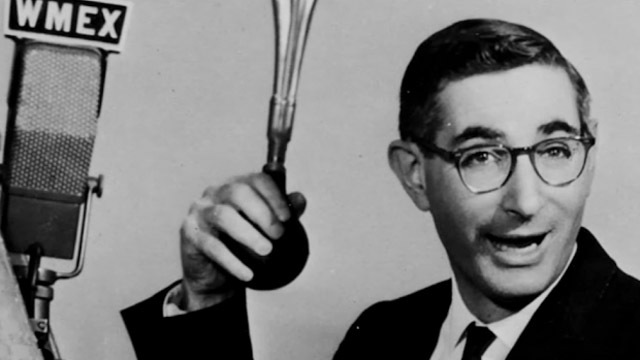 2. Because the music was so raw and the lyrics so garbled (alcohol had nothing to do with it; frontman Jack Ely was shouting through a mouthful of heavy first-generation orthodontics), and because bikers, rodders, surfers, Jets, Sharks, and hooliganism in general were all a clear and present danger to the morals of American youth, the FBI spent over two years—two years, not two weeks—trying to hang a variety of obscenity charges on the Kingsmen and “Louie Louie.” The case was dropped. No charges, no arrests. The song, according to the FBI’s frustrated final verdict, was “unintelligible at any speed.”

Folks, I do my best to keep nostalgia at bay, but I will not sit here and pretend I’m not starry-eyed for a time when a braces-wearing kid playing to a crowd of surfers at an all-ages joint in Seaside could put a bug up J. Edgar Hoover’s gnarled ass.