The Patterson brothers of Hawaii—Bobby, Raymond, and Ronald—learned to surf in Waikiki during the 1940s and moved to California, one after the other, in the mid-’50s. None of them lived to see age 61, and each had their share of bumps and hardships. But the Patterson legend is as warm and upbeat as Ron Stoner’s is bleak and melancholy. Read their EOS page here. Better yet, click here for a funny, unvarnished, loving brother-by-brother remembrance by Mickey Muñoz. Great as Muñoz’ take is, it’s like seeing a tiny piece of landscape through a keyhole. I want so much more. Should Michael Chabon ever novelize the Patterson boys story, it will have the sprawl of Kavalier and Clay and the whiplash comic propulsion of Telegraph Avenue (which is my current favorite book of all time, and there is much daylight between it and whatever is in second place). In the Coen Bros adaptation to follow, Bobby Patterson is played by John Leguizamo, Ronald is played by a youthful Don Ho and, in a gender-flip casting surprise, Raymond is played by Awkwafina. 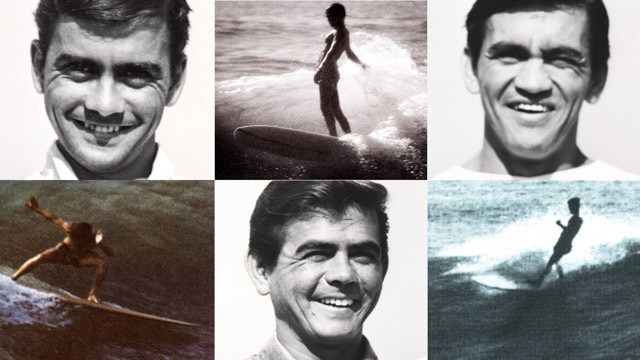 While we wait for the book and movie, here is your Patterson brothers cheat-sheet. Raymond, the youngest, was said to be the finest uke player in Hawaii. Click here, and don’t be distracted by the purple-on-purple ensemble, just watch the man’s hands as he deftly and with the utmost tenderness absolutely destroys “Sweet Georgia Brown.”

Middle brother Ronald was a five-pack-a-day chain-smoker who further redlined his lungs by sanding boards—not just a few here and there, mind you, but production-level work for Hobie—without wearing a mask. “His theory,” Muñoz told me, “was that as long as he had a filtered cigarette in his mouth he was safe from all the fiberglass and resin and shit coming off the boards.” Timmy Patterson, the humble but infinitely talented San Clemente-based boardmaker who equipped Italo Ferreira during last year’s WCT world title run, is Ronald Patterson’s son. 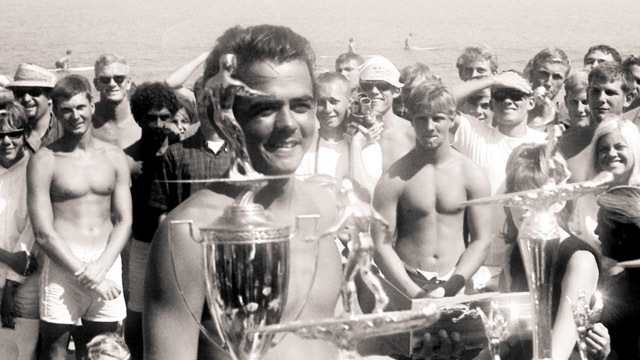 Oldest brother Bobby, aka “Flea” (the Pattersons were all on the small side, that’s why Muñoz liked them so much) was the best surfer in the family and, in his prime, maybe the best small-wave surfer in the world. Bobby was the Filipe Toledo of the ’50s, in that he made everybody else look like they were surfing at three-quarter speed. His footwork sparkled, as did his noseriding (#5 on Phil Edwards’ Top 10 List), and he had a rhythm-changing back-arch kick-stall that threw his ride into a beautiful suspended animation. Film and photos of Bobby are hard to come by, and this short video I made last week only hints at his talent, as the clips were all shot in the early and mid-’60s, by which time Flea had lost a step. He turned 30 in 1964, back when 30 meant the only action you got was in the surfer’s retirement home buffet line, digging your cane into the spokes of your pal’s wheelchair to get the last pudding cup.

Ancient as he was, Bobby took third in the 1963 West Coast Championships, and won the ’64 Malibu Invitational, beating Mike Doyle, Rusty Miller, Miki Dora, and three dozen other big-dick West Coast surfers. But that was Flea’s last hurrah, or close to it. “His rep faded,” Muñoz said, noting that Bobby was already riding less than he had been. “Ronald and Raymond kept surfing, but they didn’t have that sort of burden to carry around of being ‘the best.’ That was Bobby’s downfall. It’s hard for some guys to not be the best anymore. Bobby was for sure one of those guys.” 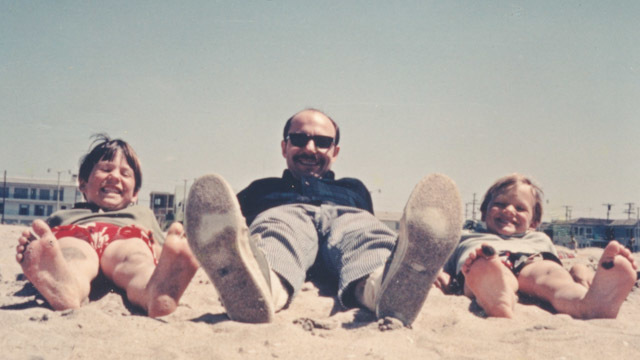 Before signing off, I’d like to salute the Father of the Father of the Encyclopedia, my dad, Michael Warshaw, who peeled off a pair of sawbucks for my first board in 1969, dropped a few hundred into last year’s EOS fundraiser, and in the 50 years between those two events has been my mentor, consigliere, shrink, love guru, and daily email buddy. I love you, Dad, and Happy Father’s Day to every other surf daddy reading this.