America was a more hopeful and less-divided nation when everybody hated surfers, and that’s just a sociological fact. You could still be against the blacks, pinkos, and libbers, but venom directed at surfers was venom removed from other repressed groups, and you don’t have to connect many dots before realizing that hodads and gremmies gave us the Civil Rights Act. I mentioned attack-dog interviewer Joe Pyne a couple weeks ago in the Sunday Joint featuring Walt “Mr. Surfer” Phillps,” and even quoted Pyne briefly, but let’s circle back for a closer look at just how hard Joe came at poor Walt—and surfing in general—on what was a nationally-syndicated TV show with a viewership in the millions. I’m leaving out Walt’s surf-defending replies (which are very good), so this is pure uncut Pyne:

“Some people call surfing a madness, some call it a sport, others claim it’s a way of committing suicide, and still others a reason for young people to get together for the purpose of promiscuity, drinking and smoking marijuana.”

“What is it about surfing, which seems to be a sport that would keep you quite clean, that draws so many dirty characters?”

“Are you aware of the fact that there was a complaint made about surfers, in the past year, that they were embedding razor blades in their surfboards and using them to injure people on the beach?”

Paul Evans at Stab recently had fun poking a stick at the nostalgists among us, and for the most part I agree with him. But I can’t be the only one, and I include all you young folk, feeling sentimental for the days when non-surfers gazed upon us with confusion and fear and repressed envy. 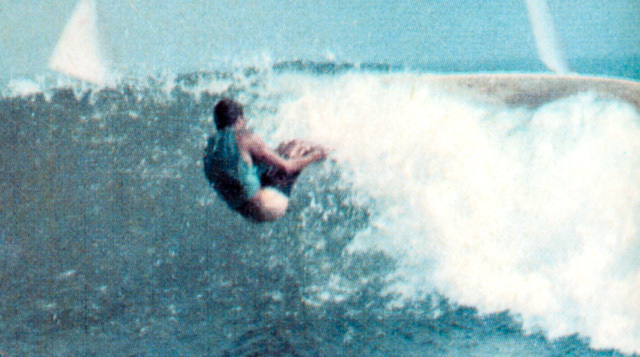 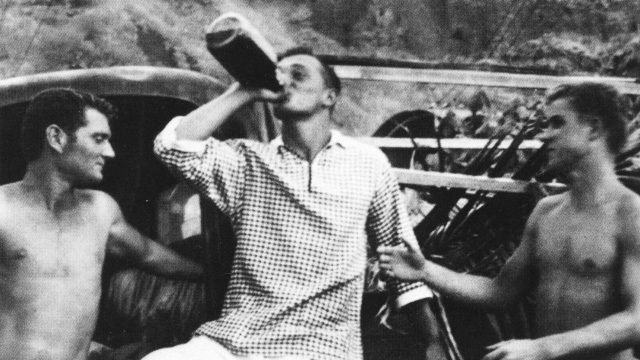 Surfing was in the picture but not dead-center during the 1963 Aussie crackdown on the Stomp. I myself have never Stomped—only because it wasn’t a thing in my disco-loving teens, not for lack of coordination, as would be the case with, say, the jitterbug. Anybody can stomp. There may be small differences between the Stomp, the Bristol Stomp, and the Surfer Stomp, but all three fit comfortably within the description, as one cultural historian put it, as “the world’s simplest modern dance.” Two stomps with the right foot, two with the left, repeat until Dick Dale finishes his set or blows an amp, whichever comes first.

“Critics of the stomp say it is weird and undignified,” we hear at the start of this amazing Australian Broadcast Corporation newsreel, which goes on to note that “the Stomp is in trouble.” How much trouble? Judge for yourself in this ripped-from-the-headlines Aussie Stomp ’63 recap. It is mostly a smile-worthy generational bunfight, with the oldsters finger-wagging the barefoot teens who are about six months away from their first Beatle shrieks. But look out! here comes M. E. Orton of Hazelbrook who notes, in a letter to the Sydney Morning Herald, that “Stomp dances are taken from the dark races,” followed by Earnest Goodman of Bondi, who gets more specific with his racism by asking, “What prehistoric custom will our teenagers rediscover next? Human sacrifice, cannibalism, bone-pointing, or head-shrinking?” (I don’t know what “bone-pointing” is, but I’ll guess it is hex-related, in which case blame the folkies ’cause Pete Seeger had already put a zombie mojo on Melbourne’s youth. Watch till the end.) 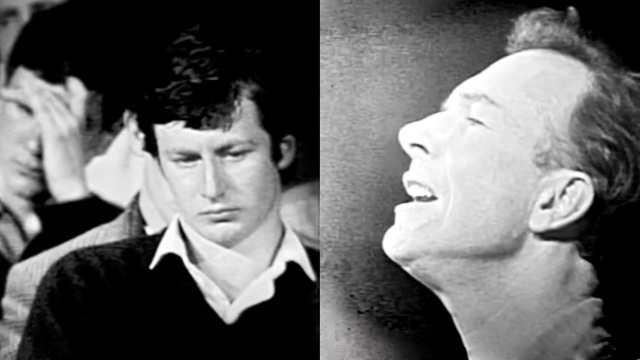 Like I say, the Beatles were always going to do what the Aussie town council aldermen could not, and kill the Stomp in Australia (it was already over in America), but pop star Little Pattie saved them the trouble with her late ’63 single “He’s My Blond-Headed, Stompie Wompie, Real Gone Surfer Boy.” Fourteen-year-old Pattie is indeed tiny, and in her own way completely delightful, but when you hit #2 on the charts with a song so sugary and fun that your grade-school cousins are chasing each other around the yard while singing it, the craze itself has jumped off the cliff and is freefalling to its end.

One last thing before we part for the week, and I swear this is the last we’ll hear from “Mr. Surfer” this year, but I looked a little closer at the Walt Phillips-produced “Surfinanny” shows that he took on the road in 1964. Phillips would rent a hall, MC the show, present one of his surf movies, give away a few door prizes, then introduce Eddie and the Showmen, a blazing-hot surf instrumental band from South Bay. In the wings, while the Showmen played, was a high school sophomore named Kathy Marshall, dressed in a sleeveless seafoam green sheath and holding a metal-flake gold Fender Jaguar with a black crown painted on the headstock indicating her status as “Queen of the Surf Guitar.”

Surf music writer and DJ Phil Dirt, on his Reverb Central website, said this about Marshall:

She didn’t have her own band, but she did sit in with several of the top bands of the day. Kathy was a frequent “member” of surf legends Eddie and the Showmen, the Blazers, and the Crossfires (who later became the Turtles). There were no releases with her guitar on them (only two unheard acetates exist that I know of), but her double-picking talent made quite a stir. Her on-stage rivalry with Eddie Bertrand was a major draw during Eddie and the Showmen’s peak years. Once, Kathy even played with Dick Dale. He introduced her and she broke into “The Wedge.” Her fire caused Dale to first step back and watch, then take off his guitar and stare, then finally throw up his hands and walk off stage. Dick didn’t like being upstaged. He got over it quickly, as he does.

What did it mean to have a girl up there playing with the boys? Not just playing with them, but showing them up? Look at the kids in the front-row, below. Left to right, maybe: Suzi Quatro, June Millington, Chrissie Hynd. 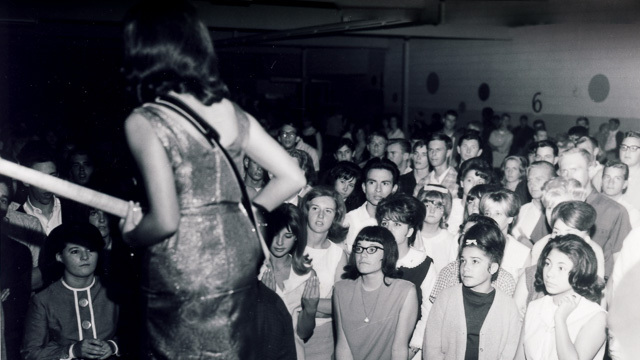