The song “Surf City” does not hold up to close textual reading—it is, in fact, ridiculous, what with strapping a board to your back and hitching a ride in your wetsuit etc. But in terms of high-torque V8 metalflake kustom Gold Star Studio pop-craft, “Surf City” is as good as it gets.

The decades-long “Surf City” political scramble over who gets to use the phrase as a regional marketing tool, on the other hand, is just ridiculous and nothing but ridiculous.

Let’s begin with the song. Jan and Dean (Jan Berry and Dean Torrence) recorded “Surf City” in LA in March of 1963. Brian Wilson first-drafted the words and melody, Dean tweaked the lyrics, Jan hired the Wrecking Crew for the track (that’s Glen Campbell on guitar) and in general arranged and produced the shit out of it. In July, it went to #1. Jan Berry was very much on the spectrum of what the DSM-5 categorizes as “high-functioning asshole” (after dumping his pregnant girlfriend, Berry’s own parents adopted the baby which meant Berry’s son was also his stepbrother), but in ’63 he was an A-plus producer, further along than Brian Wilson and tuffer than Phil Spector, and “Surf City” was the first in a string of Berry-produced hits in which B-grade teen drama walks in one end of the studio and gets shot out the other as a sub-three-minute sonic masterpiece.

Here’s how you know Jan Berry was a monster producer. His songs are impossible to cover. You can find a half-dozen “Surf City” attempts by other bands, and none are above average—even the Ramones can’t get it off the ground. Only Jan Berry could. 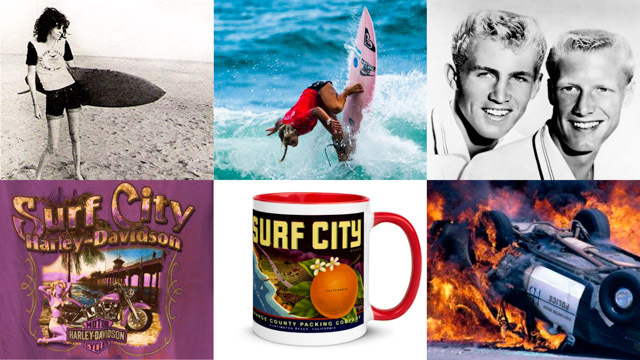 The Surf City branding bunfight started 20-or-so years after the song hit. It caught me by surprise. I thought everybody knew, like I did, that Huntington Beach was Surf City. Except Huntington is not of course actually mentioned in the song, and in this Jan and Dean made-for-TV video (what TV show? anybody?) Surf City is Malibu, not HB. Where does that leave us? “Who cares” is a good answer, or something along the lines of “Surf City is a state of mind.” But no, Huntington’s gonna be Huntington and in 2004 it applied for a “Surf City USA” trademark, just to kneecap Santa Cruz businesses and municipal officials from using the phrase for their town. Lawyers were called. Suits and countersuits were filed.

You knew all along who was going to win. Still, credit the Santa Cruz mayor who at one point not only issued a city-vs-city “surf-off” challenge to HB, but went on local TV to sing his version of “Surf City,” which in part went:

No BMWs are seen during any of the last several Huntington Pier riots, but never mind, score that point for Santa Cruz.

Huntington, as expected, won the legal fight and kicked all the poor people out of town.

Meanwhile, if you’ve been following the 2021 World Surf Games in El Salvador this week, you know that the entire coastal region surrounding the contest site is being referred to as “Surf City,” and people, that is down to the Salvadoran President himself hopping on the surf-marketing bandwagon. In other words, the whole thing has elevated from mayors to heads of state. Progress? 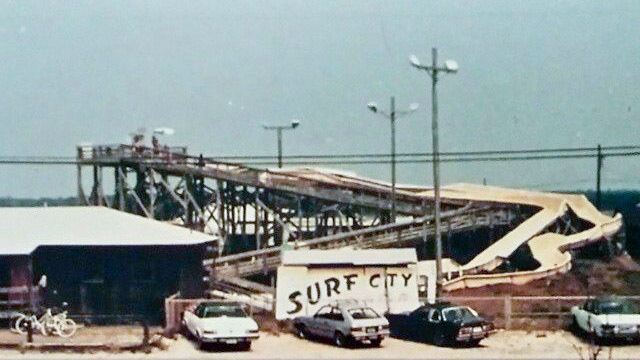 Two takeaways: 1) Asshole or not, Jan Berry was a pop-music wizard and Jan and Dean deserve a sandy corner in the Rock and Roll Hall of Fame. 2) Hats off to a little township on Topsail Island, North Carolina, that is actually officially named—not branded—Surf City, and has been since 1949. The waves are not great in Surf City, but give me a choice and I’ll take an hour at their Sea Turtle Rescue and Rehabilitation Center over an hour at Northside HB, thank you very much.

See you next week!