My view toward surfing and the Olympics leans grumpy, but there is wiggle room, and things took a turn for the better last week as Tropical Storm Nepartak gathered force off the coast of Honshu and the forecast leading up to Wednesday’s medal round jumped from summertime Hermosa to possible Katsushika Hokusai.

Surfing’s official Olympic debut was yesterday, and BeachGrit’s Steve Shearer filed an excellent report on how it looked and felt from this side of the computer screen. “Surprisingly,” he says, “there was a lot to like.” Not the surf, yet (waist-to-chest high; onshore), but the fact that the Olympic venue and vibe were both low-key and mostly without the “corporate fluffing” that has spread like eczema across the WCT. “No massive corporate super-structures, no hats, no drinks, no sunglasses,” Shearer notes. “Just points, loose lycra shirts, and a moribund sense of liberation.”

I’m not sure what “moribund” means in this context, but watch the clips (here’s one) and you’ll see the Olympic surfers indeed seem loose and maybe even liberated, and Barton Lynch’s commentary is likewise upbeat in a way that does not rankle. (Full-length on-demand replays of Olympic surfing are available on the premium version of NBC-Peacock, and I will review as soon as my vacationing wife gets back to me with her Amazon password which unlocks our Fire TV account and we’ll say no more about how much time I spent this morning not being able to get that fucker up and running. Meanwhile, for those of you who sensibly have your password taped to the fridge, here is the official heat-by-heat Olympic surfing schedule.) 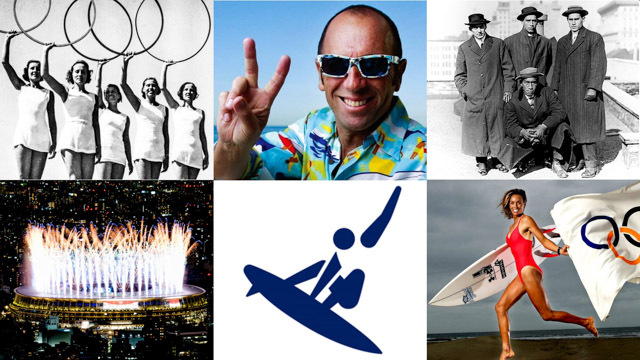 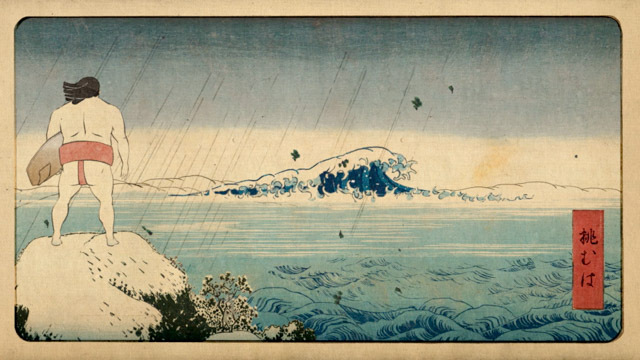 But let’s talk about how we got here in the first place. Most of you already know that surfing’s road to the Olympics was long and filled with setbacks, but I think we can simplify by dividing the journey into two phases: pre-Fernando Aguerre and post-Fernando Aguerre.

The first stage was nothing more than wishful thinking combined, later, with the Dark Art flim-flammery of Gary Filosa. SURFER, for example, told us in 1966 that the “outlook for surfing being accepted into the Olympics by 1972 is excellent.” Filosa said in 1977 that “we can be an Olympic sport by 1984.” But I’ll bet my life that not a single Olympic official gave our little sport so much as a passing thought during the ’60s, ’70s and ’80s. 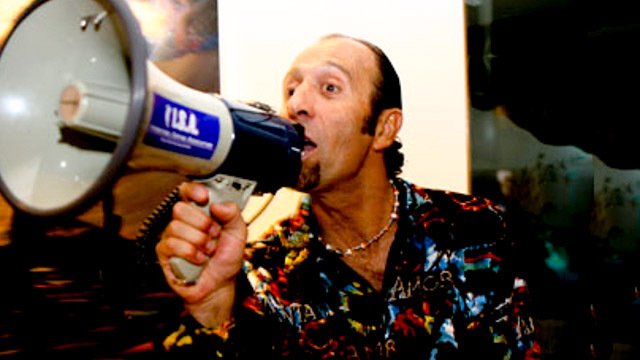 You long-time surfers no doubt remember Fernando as the brightly-plumaged founder of Reef Brazil. Or more specifically, as the creator of the thong-wearing Reef Girl, as seen in hundreds of surf mag ads from the 1990s, ass raised and face averted—all in the name, Fernando said, of fighting political correctness and because (I’m not making this up) women wanted to see faceless thong-wearing bikini models as much as men. “I chose the butts for every ad,” Aguerre proudly said in 2008. “It’s like a perfumer choosing the fragrance.” (Selecting Aguerre’s most offensive quote is difficult, but for me is it is a tossup between that visceral “fragrance” comment and his non-ironic 2000 summation that “marketing is a love-buildingmachine; nothing else.”)

But credit where it is due. Aguerre’s 25-year push to get surfing into the Olympics is a single-minded and Herculean achievement for the ages. Nobody in surfing, ever, to the best of my knowledge, has worked harder and more strategically toward a goal. Never mind if the last place I’d want to be during the covid-spiking week to come is on the outskirts of Toyko, in the midst of 50K Olympic-related international visitors, staring into the grey-black maw of an approaching tropical storm. Surfing just hit a milestone, and it is a big one, and roughly 98% of that achievement belongs to Fernando. “The Olympics is like an expedition to Mars,” he said 20 years ago. “At one time it seemed so far-fetched, but now I realize it’s just a fucking long road. But if you go step by step, you can get almost anywhere.” 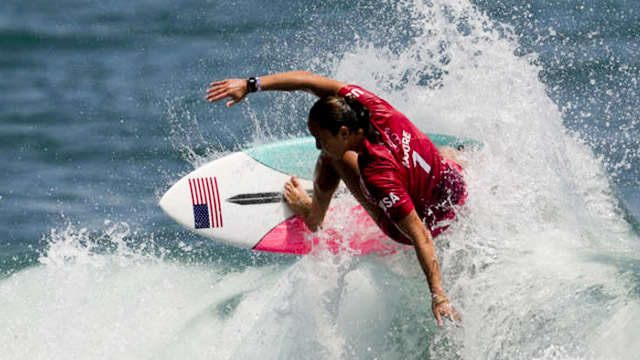 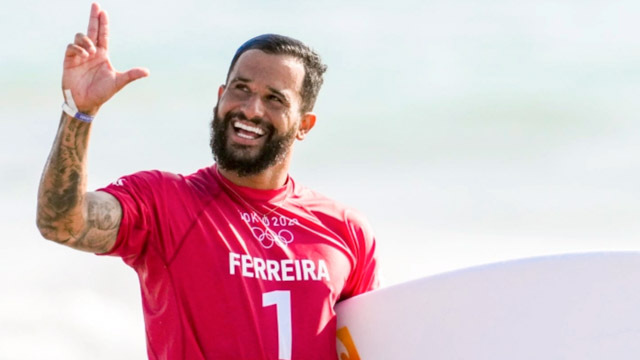 I look forward to seeing Carissa and Italo at the top of the podium this Wednesday, throwing shakas and biting gold.