Jodi picked up a head cold during a long-delayed family trip to California, and coughed her way through our nightly Scrabble match Sunday before last, but destroyed me nonetheless. “Covid is doing great things for your game, hahaha!” I said.

You can guess the punchline. The next day her Covid test came back positive.

We are all fully vaxxed, so Jodi and her breakthrough case retreated to the basement guest room while Teddy and I stayed upstairs. He gamed and looked at memes. I worked and looked at memes. After dinner we bundled up on the couch and watched vintage Survivor. Every hour or so we’d text Jodi to see how she was doing. As a formality, Teddy and I went out and got tested. “But the odds of another breakthrough case in a family of three are pretty much nil, hahaha!” I told him, and why do I keep saying shit like that?

Teddy’s test was positive. Mine was negative. I packed a bag and drove to my buddy’s cabin on the coast near Westport, and here I remain, seven days later—I was going to say “negative in every sense of the word,” and given how the news headlines this past week dogpiled onto my own lonely sad-sack-in-the-woods predicament, that would not be an overly-glib remark. 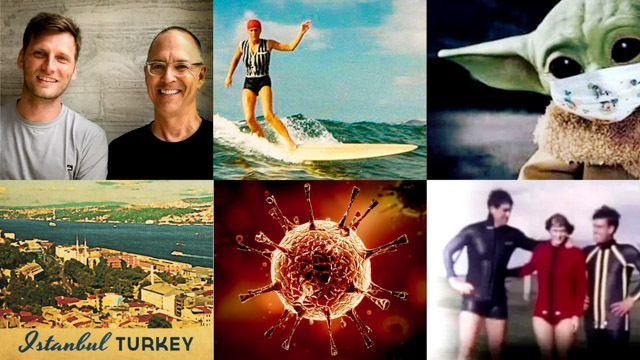 But no, the silver linings are sticking to me like packing tape.

Jodi remains low-energy and has lost her sense of smell, but is improving daily.

Also, I went surfing. For four days in a row, actually, obeying an ancient run-from-your-problems instinct that has propelled me to the ocean for 50-something years now. My skill set is withered and mottled but sitting out there, staring holes into the middle distance to conjure a wave to ride, I am never not hopeful—in 2021 just as I was in 1969. 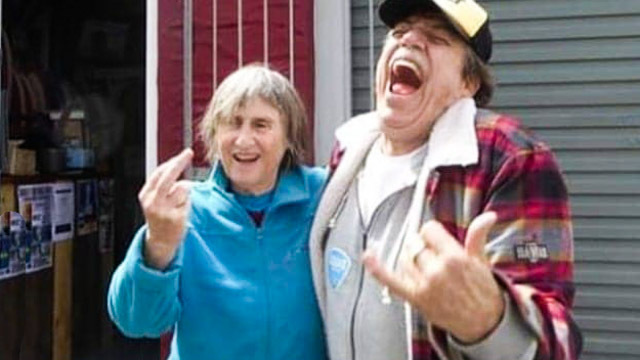 Finally, I was buoyed this week by the EOS workload, which included building a page on cheerful Cornish senior surfer and nonconformist Gwyn Haslock (that’s her, above, two years ago in Newquay, upstaging Rory Russell), and also finally getting around to posting “Black Sea Blues,” my favorite piece of surf writing by William Finnegan. Read the whole thing here, and know that the rest of the essay is as good as this opening paragraph.

I could have been the first man to surf the Black Sea. I got off a bus in a coastal village somewhere in northern Turkey, and there it was: brown and misty and full of mediocre, blown-out waves, dribbling in from the general direction of Odessa. This was 1970. I was a hippie surf punk from California dialed into the world surf underground (if not much else), and was therefore fairly certain that the Black Sea hadn’t been surfed. I didn’t have a board, but I figured I’d find something to ride. The beach was deserted, but I saw in the distance a couple of decrepit cafés at the edge of the sand. One of them probably had an old German paddleboard lying around. The water would feel good. I’d have something cool to claim. Instead, I turned and trudged inland through hot, scrubby dunes, got to the middle of nowhere, and had a little nervous breakdown. 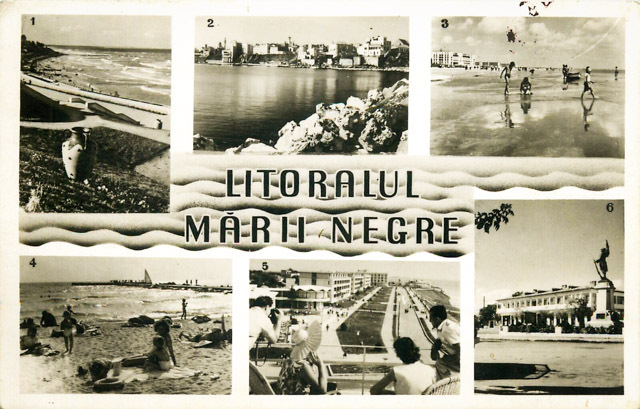 My work-high continued as some of you, after last week’s Fred Hemmings Joint, wrote in with your thoughts and stories. The gossipy off-the-record bits are always especially appreciated, and my favorite was an anecdote about how another former world champ, after a recent friendly dinner with Hemmings, dropped his smile immediately after they parted. I won’t say his name here, but the vicious comments he aimed at Hemmings were something that would have come naturally to him in his younger days.

“Hahaha, the world is falling apart but EOS will always be here to cheer me up and get me through bad times,” I said to myself.

At which point I opened an email from Mark Augias, my EOS partner and developer, the man who keeps the whole show up and running, the Phineas to my Ferb, responsible for talking me off three or four ledges a month . . . telling me he’s got Covid.

I turned and trudged inland and had a little nervous breakdown.