Watching movies with my 13-year-old son is mostly down to throwing a lot of Netflix-Hulu-HBO against the wall and seeing what sticks, and while I have passed on to him a few traits and characteristics that I wish I could delete, I am grateful that, like me, he has a congenital indifference to fantasy and superheroes, which means our movie-night hit rate is pretty high. We are currently on a roll, here in these last couple of weeks of summer. Forrest Gump (better than I remembered) was followed by Bridesmaids, then The Right Stuff—which is still a thing of cinematic beauty, and Sam Shepard as Chuck Yeager is fourth-dimensional flyboy cool, although the movie at times launches itself pretty far up its own hyper-virile Mach-One ass.

Two great Right Stuff moments occur almost back-to-back, in the same scene, which is set deep inside the Pentagon. It is 1957. The Russians have just launched Sputnik 1 and, this being peak Cold War, American politicians are now frantic to one-up the Soviets by putting a man in space. 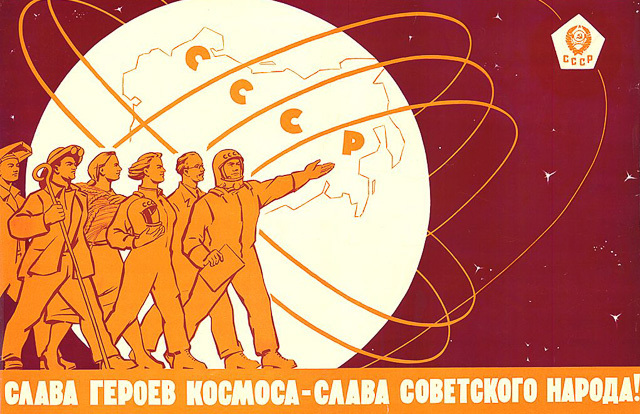 A pair of fast-talking young NASA recruiters (Harry Shearer and Jeff Goldblum, both having a blast), with the aid of a film projector, are pitching President Eisenhower and Senator Lyndon Johnson on the type of men needed for space flight. The projector rolls. We see circus performers, high divers, race-car divers (“they already have their own helmets”) and—surfers, yes, because they would be naturals for the mission-concluding splashdown.

All are rejected. Eisenhower wants real test pilots; men with the Right Stuff. But let’s be clear—Phil Edwards would have made a Life-cover-worthy astronaut.

The second great bit in that scene is when Johnson looks across the room and asks the top rocket engineer if it was former Nazi scientists now working for the Soviets who had produced Sputnik. “Was it them?” Johnson asks. “Was it their German scientists that got them up there first?”

“No it was not, senator,” the rocket engineer calmly replies. “Our Germans are better than their Germans.” 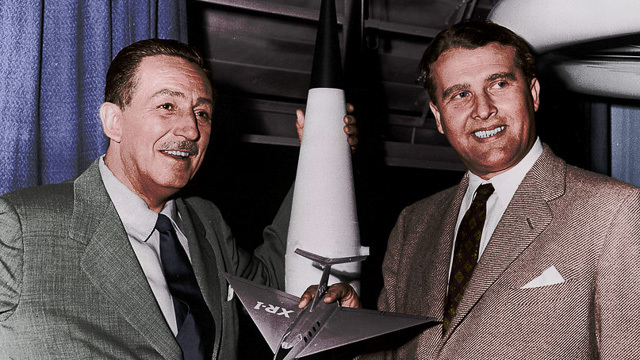 That unnamed rocket guy is a proxy for Wernher von Braun, the famous Nazi-turned-American-turned-Disney-pitchman who, during World War II, while still a bad guy, designed the landmark V-2 rocket—V for “vergeltungswaffen” or “retaliation weapon”—which first rained holy terror on London and Antwerp and then sparked a global fascination for rocketry and space travel and to this day is the sleek and pointed four-finned vehicle that comes to mind when we think back to when space flight was sexy and awe-inspiring instead of a budget-sucking black hole.

Germans, Americans, Russians—everybody put aside their differences when it came to loving the V-2 and its rocket-spawn.

I am not even half-joking, in fact, when I suggest that the V-2 is how we ended up with Australia’s absolutely bonkers “racing 16” board design, which was used for both for paddling and wave-riding. 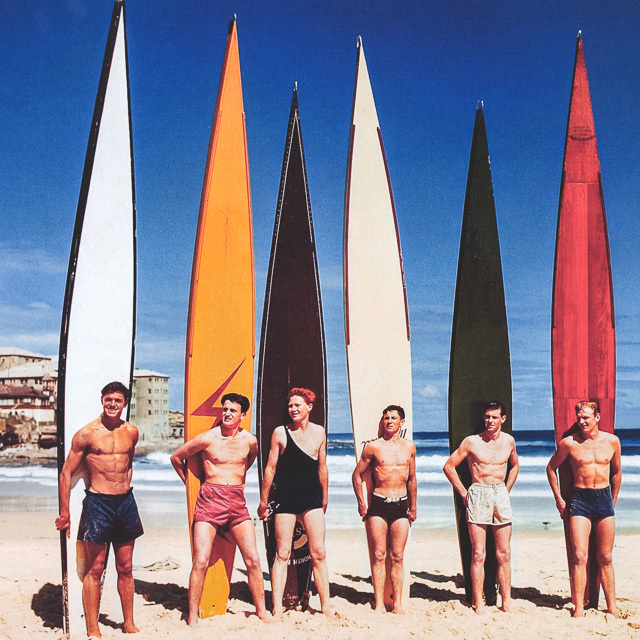 “Racing 16,” as in 16 vertical feet of lumber and plywood, and okay maybe you’d mess around with something that huge for paddling, but for riding waves? You know what, never mind what I have to say, just watch the last two waves on this video and sort out for yourself if there was any other reason, apart from the fact that the board looks like a maritime V-2 rocket, that you’d ever want to paddle that thing into a wave.

Except a lot of times you couldn’t paddle it into a wave. Not by direct means, anyway. Follow closely, because this is how the hot Aussie surfers of the day would take off, while on a racing 16, if the wave jacked up. This is so un-V-2. You’d stroke like mad until just before the wave broke and the front of the board lifting off the face, at which point, still prone, you’d scoot forward and whip the board round 90 degrees so that the nose went parallel to the wave-crest in one direction and the tail did the same in the other direction. I know, it’s hard to picture. In other words, your body would be like the fuselage while the board itself extended from your chest and shoulders like airplane wings. From this position, you would plunge down the face, let the wave break, then swing the nose back around 90 degrees and stand up. This was actually easier to do than to try and navigate the drop, on a normal point-to-shore trajectory, without poking the nose. I’m laughing here, but my God the skill it took to pull this off, without fragging any nearby swimmers and bodysurfers, is Chuck Yeager-level. 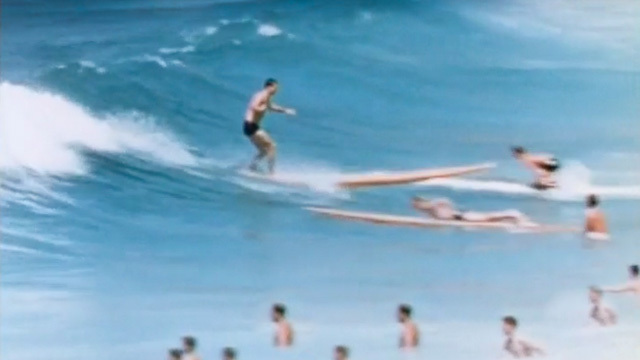 Once the Yanks showed up and began zipping hither and yon on their nine-foot Malibu chip boards—no over-the-falls crucifixion takeoff required here; just hop to your feet and start surfing—local surfers realized that the V-2 racing 16, gorgeous as it looked while resting against your tanned and muscled shoulder on the beach, was not the thing for riding waves. The Aussies were humble for about 15 minutes and then, look out world, here comes Midget Farrelly, Nat Young, Wayne Lynch and the rest, and basically, performance-surfing-wise, it was game over. (The actual V-2 rocket itself, by the way, like the racing 16, often did not perform as well as it looked.)

It occurs to me that if I’d spent the week revisiting William Finnegan’s “Playing Doc’s Games,” about San Francisco surfer-doctor Mark Renneker, this Joint may have gone in a different direction completely. While trying to figure out what drives Renneker to take on huge waves, Finnegan consults Edwin Salem, a mutual surfing friend, and reports back: “Edwin’s theory is that Mark is driven to surf big waves by the rage and futility that he feels when his patients die. Mark says that’s ridiculous. Edwin’s other theory is Freudian. (Edwin, remember, is from Argentina, where psychoanalysis is a middle-class religion.) ‘Obviously, it’s erotic,’ he says. ‘That big board’s his prick.’”

The V-2 rocket or penis obsession—boys and their toys, am I right?

Let’s not even get started on surfboard fins. 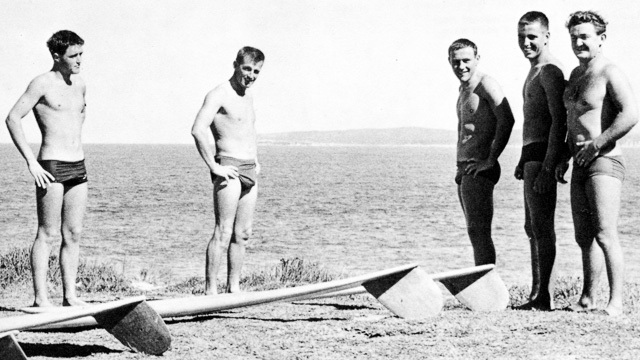