Hang Ten beachwear cofounder Duke Boyd died last week at age 85. I never met Duke, but from the photos you can tell that his former business partner was on the money when she called him a “handsome California surfer,” and by all accounts Boyd was a smart, creative, generous, good-humored man. His legacy, though, is very blind-men-and-elephant. Those early Hang Ten trunks, for example, designed by Boyd himself, were sharp-looking and tough as nails. But the Hang Ten sellout that followed was surfwear’s original sin, as Boyd licensed the brand out, exploded the marketing with one hand while shoving quality overboard with the other, then offloaded the whole thing, nine years after it launched, for $3 million—back when $3 million was real money. He did more or less the same thing with Golden Breed in the early ’70s. Then, most egregiously, he oversaw the greatest and fastest hardcore-to-money-milking-joke brand turnaround in surf history with Lightning Bolt. 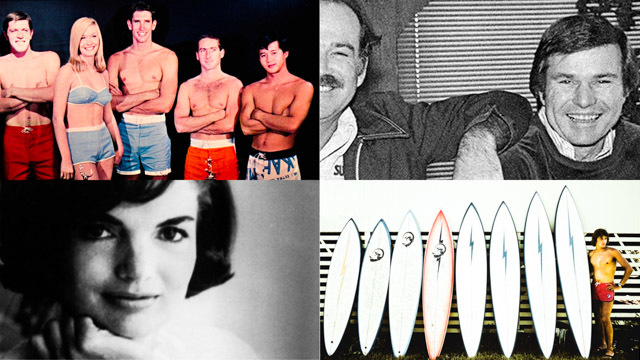 On the other hand, credit Boyd for inventing the Expression Session “non-contest” contest, and for enthusiastically backing pro surfing in the pre-IPS years. Credit him for honesty. Boyd was quick to point out how much of his success was down to luck—especially Hang Ten, which would have been a brave little three-man garage business without America’s Gidget-launched surf mania—and never bothered to hide the fact that he was never an especially hardcore surfer and that he got really rich off the sport. “I didn’t know I was going to change the world and become a gazillionaire,” he said in 2005 with a smile and a shrug. Our sport was always too attractive, too marketable, for its own good. Somebody was going to make a bundle from it, and you’d rather have the riches land on Duke Boyd than most of the asshole-adjacent people in business around him. Anyway, if you want someone to blame for the ruination of surfwear, Jackie Kennedy is the person you’re looking for, not Duke Boyd. 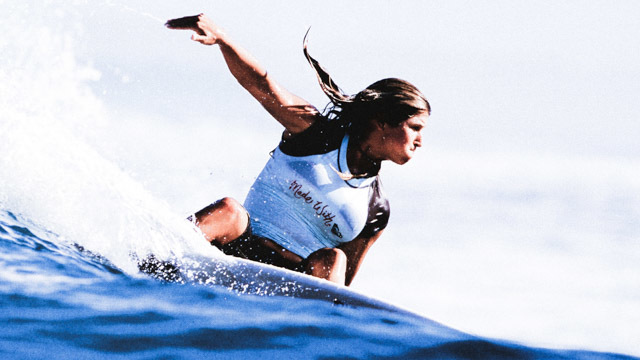 I really enjoyed putting together this clip of 2004 world champ Sofia Mulanovich—the Peruvian Powerhouse. I’d forgotten that Sofia won the ISA World Surfing Games in Japan last year, at age 36, taking out Carissa Moore and Silvana Lima in the finals; and just last May she brought forth a bit of much-needed COVID-era joy by posting an Instagram pic of herself and newborn son Theo.

Your response to last week’s Jack Murphy post was all over the place. One of you visited a prison where Murphy was doing work with his traveling ministry and said that the accumulated decades that Murf had put into helping others, along with the basic Christian principle of forgiveness, was enough to get him off the hook for all the robbing and murder. Then again, another person—a tough bastard from Florida who has kept company with surf-world bad apples since the 1960s—said Murphy flung an arm around his shoulders at a Surf Expo show and it put a chill right up his spine. A third person emailed to say he’d come across a special copy of Tim Dorsey’s 2004 comic-pulp-fiction crime novel Cadillac Beach, in which Murphy has a cameo. The book belonged to surf collector Ed Clapp, and was inscribed by Murphy, and here’s what the old jewel thief wrote: “To my Special Friend and partner in Madness, Ed Clapp—They never found the Eagle Diamond and 17 other precious stones. Now I just happen to know something about this. Let’s talk, bring a shovel and a flashlight.” 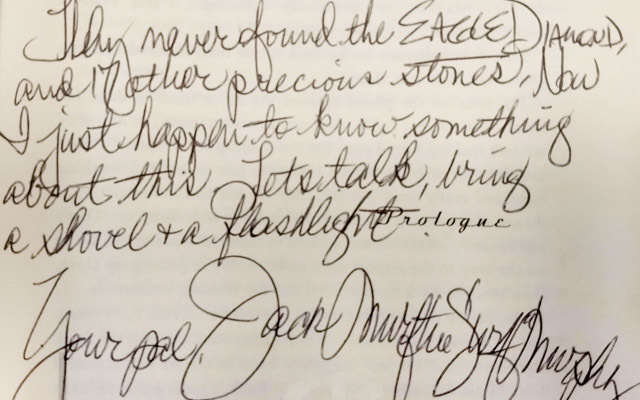