A while back I received an email, with photos, from a Northland New Zealander named Mike Cooney, who described how he and his pals learned how to surf in the late ’50s on roughhewn DIY equipment. Pretty common story during the early post-Gidget surf boom. The difference here is that Cooney and his pals, cut off as they were from all surf media, took a flyer on what a good board should look like—and ended up making shooters that looked like something I would have fondled in the Natural Progression showroom during the Nixon era. I mean, look at this thing! That’s 1959 with a wormhole to 1971! More pix and info here; a great little tale. 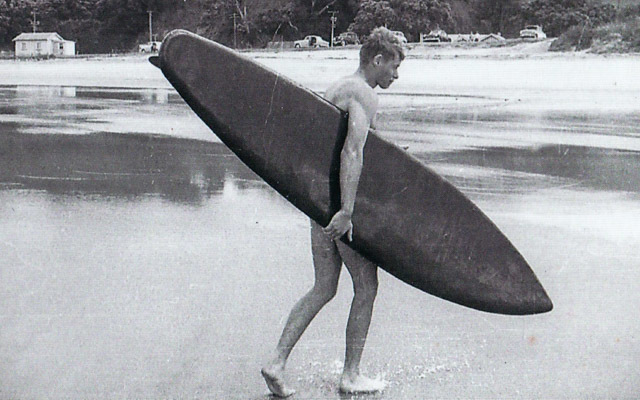 The New Zealand story got me thinking about all the other moments when short surfboards flitted in and out of the sport prior to the big bang in 1967-68. Here’s a full-bodied piece I posted yesterday titled “Failure to Launch,” featuring seven of those instances; guest stars include Velzy, Kivlin, Dora, Dewey, and Muñoz, but for my money the star of the show is Jim Foley of Santa Cruz—he absolutely rips on his little 6’6″ and looks aces in that yellow-and-blue two-tone shorty. 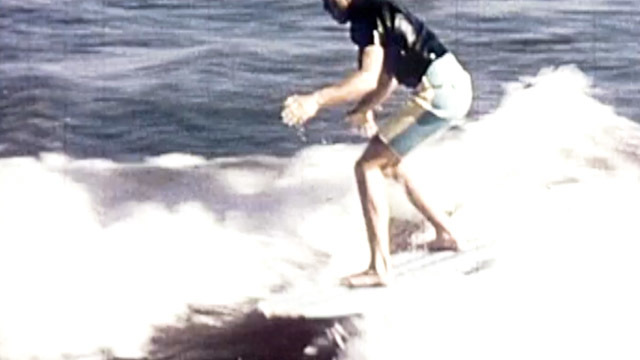 The above-mentioned post was supposed to end with a sweet-looking balsa board made by George Greenough. Here’s what George said about it a Surfer’s Journal article: “I shaped the Baby Surfboard at the same time I made my first spoon kneeboard. That was in 1962. Baby was 7’8″ by 22″. It was designed for shortboard surfing. There was no consideration for anything like trimming or noseriding. It was meant to turn in the pocket.” Look below. An amazing stick for 1962, right? Not just a sawed-off log, but nice and curvy and altogether shortboard-y. So yeah, that board was the obvious endpoint for my “Failure to Launch” article. But hold on. All the boards in that piece had to be made and ridden before the Plastic Machine came along, as the Plastic is the opening move for the shortboard revolution. And Baby, maybe, came after the Plastic Machine. Read on. 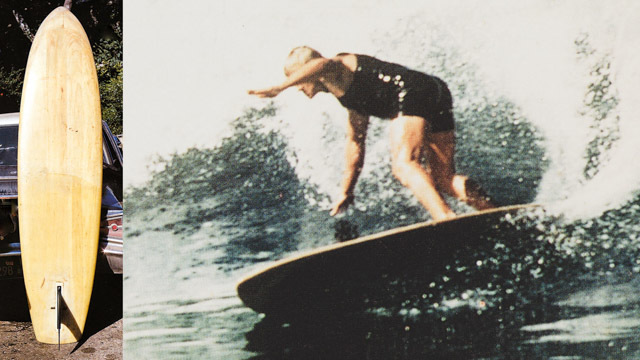 Near the end of 1967, after Bob McTavish had in short order gone to Hawaii, exported the shortboard revolution outside of Australia, and handed his last-ever Plastic Machine to some lucky local bruddah on Maui, he flew to California and spent a few weeks with Greenough at the family manse in Montecito. “So there I was in California,” McTavish later wrote, “with all this new-found shortboard knowledge and no board. George lent me the one and only stand-up surfboard he’d ever made, a thing called Baby. It was about 8’6″. I took to it with an electric planer and pointed the nose and took a few inches off so it was now 7’10″.”

That’s McTavish riding Baby, above. So who does Baby belong to, design-wise? I guess you could say the back half belongs to George, and the front is Bob. I’m inclined to take McTavish at his word and believe that Baby was not the sleek beauty we see here till he gave it a good power tool massage. Then again, Bob had shortboards on his mind in the first place only (or mostly) because of George’s futuristic view of surfing, which means we got ourselves a chicken or egg situation. Although I prefer to think of shortboard genesis as a Manhattan, with Bob as the bourbon and George as the vermouth—speaking of which it is time to put the Joint down and have a drink.