Circling back to that teasing “Pipeline Pioneers” clip of Nancy Nelson and a dark-haired regularfooter (either Martha or Anella Sunn; more on that in an upcoming Joint), I was reminded that Candy Calhoun, our broad-shouldered Athena of Laguna Beach, had bodysurfed Pipe even earlier—way back in 1963, and here is Candy’s first-person account of that experience. “My last ride was the best,” she says at the end, having already described getting flipped upside down on her opener and going over the falls. “I remember looking up and seeing, not the blue sky, but the silver-green rim of the curl arching over my head, and thinking that it was nice to be ‘inside’ on a day like this.”

Candy is the first-born daughter of surfing pioneer Marge Calhoun, and big sister to Robin Calhoun. “Each one was beautiful,” Mike Doyle wrote, “and together they were overwhelming.” Candy won the 1963 West Coast Championships, took 3rd in the 1965 World Championships, and was an accomplished boardrider in all conditions—but bodysurfing remained her first love. “She was like a seal,” Doyle continued, “and liked being in the water more than on land.”

In 1962, a year before riding Pipe, Candy and a friend became the first two women to bodysurf the Wedge, and I learned about this in “The Closest Thing to Being Born,” a caveman-scented 1971 Sports Illustrated article by Curry Kirkpatrick.

We’ll get back to Candy in a moment, but I’d like to first step back and applaud Kirkpatrick as an absolute platinum-level stirrer of shit. In “Being Born” he is in part laughing at us, at the whole sport, and that’s okay. He is also clearly attracted to the whole salty and testosterone-soaked Wedge scene, conflict included. Thus, throughout Kirkpatrick’s lengthy and detailed article we are rarely more than a paragraph away from somebody or some group being placed, or placing themselves, in opposition to some other person or group. Surfers vs bodysurfers. Bodysurfers vs kneeboarders. Locals vs “turkeys.” Ron Romanosky vs Mickey Munoz. In a very meta postscript, Sports Illustrated itself was hit with a First Amendment lawsuit by one of the bodysurfers featured in the article, and the case went all the way to the US District Court.

“Head-hopping,” meanwhile, becomes a linguistic touchstone for Kirkpatrick in “Being Born,” and he returns to the phrase again and again. Never heard of head-hopping? Me neither, but it is the bodysurfing equivalent of coming up on a slow driver and running them into a ditch. The person being head-hopped, Kirkpatrick explains, is “slammed, banged, slapped, shoved and pushed under the water.” This is nothing to be downplayed or hidden, Kirkpatrick learns. Just the opposite. “Some people claim I was the first to head-hop at the Wedge,” bodysurfing legend-in-the-making Don Redington tells Kirkpatrick. “Well, if I was, I’m not ashamed of it.” 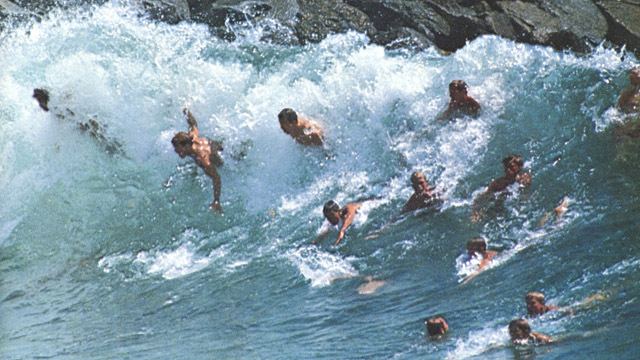 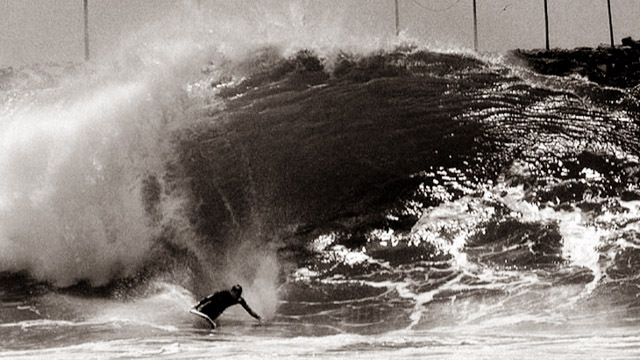 There are lots of funny parts in “Being Born,” but none funnier than when the Wedge locals—think Jackass meets the USC swim team—look back to when Candy Calhoun and friend Nancy Corfman swam out to ride a few. “Candy and Nancy had surfed but a few moments when, by unspoken agreement, most of the rest of the surfers left the water to watch the two girls,” SURFER magazine reported. “Estimates vary as to the size of the surf that day. Some say 18 feet, some say 20 feet. But whatever the size, the girls rode the biggest the Wedge had to offer to the cheers of an all-male audience.”

This event was eight years in the past by the time Kirkpatrick brought it up to the Wedge crew while researching his SI article, but feelings still ran hot, and continued to do so as the topic segued from Candy and Nancy to proper etiquette for female Wedge-goers.

“[That SURFER article] is full of it,” says one Wedge man. “We didn’t get out of the water. We were teed off that the dumb chicks came over and got in our way. They’re OK surfers for girls, but nobody messes with a Wedge man’s waves. There might have been some clapping, but a lot of guys head-hopped those chicks.”

“There was no head-hopping,” says another regular. “They were friends. We all knew them. But it wasn’t [20 feet], either. That’s stupid.”

“There sure was head-hopping,” says the first Wedge man. 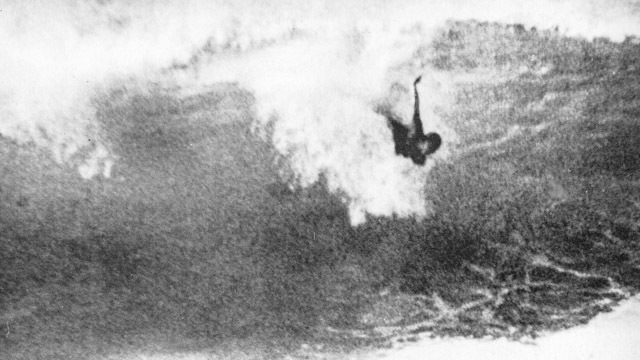 Girls are tolerated as spectators at the Wedge only if they are on the near side of 25, slim, blonde, tanned, wear a bikini and have a face like Candice Bergen. Girls as dates, however, are a different thing.

“It isn’t worth bringing a girl down here,” says Dave Brooks, a regular who went to Boston University for a year before coming back to be close to the Wedge. “You get a girl all the way down from L.A. and wipe yourself out screaming wildly and showing her your moves on the waves. Then you come into shore, and she says, ‘Did I see what?’ You want to smash her face in. ‘See what?’ I once yelled. ‘I just killed myself for you, baby. See what? What were you doing, eating sand?’” 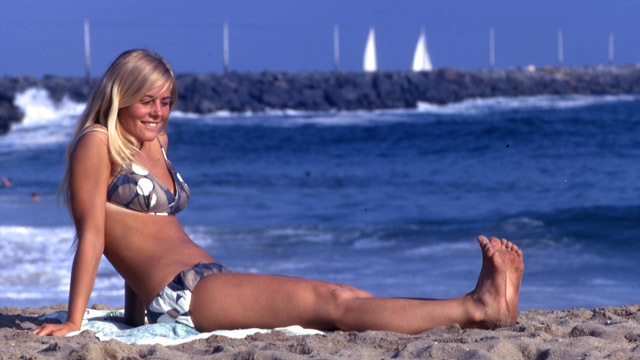 Goodbye and good riddance to 2021, except by all means let us remember Justine Dupont’s Jaws wave, and think about how, from the tippy-top of that windblown monster, Justine reached all the way back to 1963 and gave a little finger-wave to Candy Calhoun. 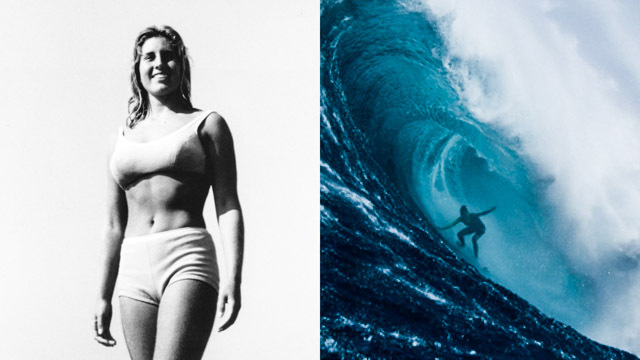 Happy New Year, everyone, and thanks for reading, and see you next week.