It was my intention to spring a big one on you guys today in the form of a newly-posted and fully comprehensive set of EOS pages on every Makaha International every held. Video, pix, features, the whole nine; everything from 1953 (or 1954? unclear!) right through to whenever the thing ended, 1970 or ’71 or maybe later (unclear, again).

And there you go. I failed spectacularly to meet this deadline because the material is old, a lot of details are lost or well-hidden and I’m up to my leather-skinned elbows in the premium version of the Newpapers.com archive, trying to figure out why the 1955 Makaha contest was held in 1956, and are Vicky and Betty Heldreich sisters or mother-daughter, and if ’57 winner James Kekai goes by Jama, Jamma, or Jammer, and yes I’ve seen it spelled all three ways, and it was 30 damn minutes before I gave up and went with Jamma. (To further confuse things, and maybe someone in Hawaii can help, but I think there was a Jamma Keanu as well as a Jamma Kekai, and that both were fine surfers.) 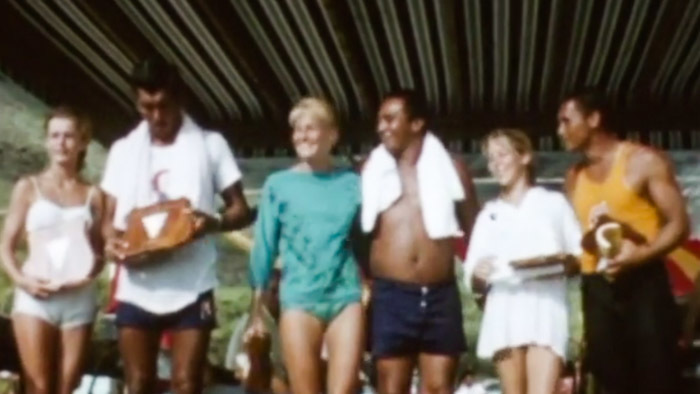 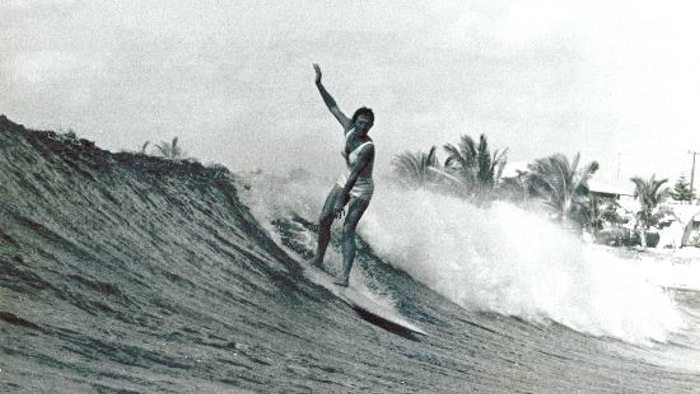 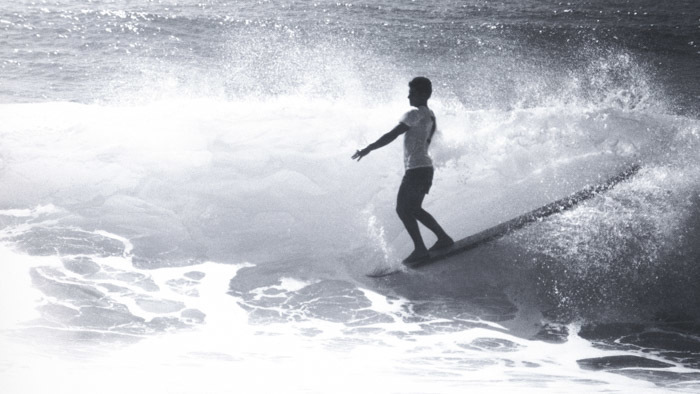 What I offer here instead, is results etc for the Makaka contests previous to 1960: so 1953, 1954, 1955, 1956 (yay Conrad Canha, you striped-trunks-inventing legend you!), 1957, 1958, and 1959. I’ve enjoyed getting all these results posted on EOS because nobody has done it yet—which is incredible, given what a huge deal the Makaha event in its day. But the really fun part was reading all the newspaper accounts of the contest from the Honolulu Advertiser and Star-Bulletin. Like this from 1953: “The first heat included 20 of the 80 surfers signed up for this event.” Or this, from 1958, about winner Marge Calhoun: “The tall blonde has been here for two weeks, and claims to be ‘living out of the trunk of a car.’ She didn’t come to enter the meet. ‘I’d heard about the wonderful surf [at Makaha],’ she said, ‘but didn’t realize the contest was open to anyone.’”

But best of all has been finding and sorting through all the old Makaha film, and if you’re going to spend just a couple more minutes with EOS before getting back to work, click here and let the ’59 event sweep you away. This one just peeled the rust off my old surfing soul. Joy does not come in a higher grade. 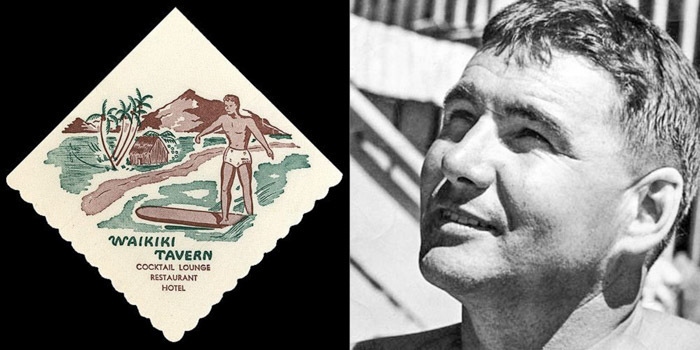 Setting up the whole project, I finally posted Makaha founder John Lind’s EOS page, as well as this one on Lind’s previous creation, the Waikiki Surf Club. Lind was incredibly well-organized and detail-oriented and a master wheeler-dealer. But in the end, what I love the most about the WSC is that it was located in the basement of the Waikiki Tavern. Before Lind came along, the surfers who hung out near the Tavern (and later because of WSC members) had a reputation. “It was the gathering spot,” Wally Froiseth said. “The Outrigger [Club] was a big deal, but we had our scavenger group down here. At night guys, guys would drink and hang around. And the kids from the Outrigger would tell all the girls, ‘Don’t fool around with those guys down at the Tavern. They’re bums.’ But out in the water, we were progressing. We were surfing eight or nine hours a day; doing things those other guys couldn’t do. We were the only ones out in the bigger surf. And word gets around, you know what I mean?”

With a good wind at my back, I hope to have the rest of the Makaha events posted by this time next week.

Thanks, everybody, and talk soon!