I’m very much looking forward to the new women’s pro surfing doc Girls Can’t Surf, which drops in March and, judging by this excellent trailer, will not pull any punches. (“They were all such dumb-ass chauvinistic pigs,” Wendy Botha says, after a couple of pork-scented quotes from Gary Elkerton and Damien Hardman.) That said, I’m staying limber for some light finger-wagging at the movie’s premise, which seems to be that the really hard work of creating women’s pro surfing took place in the 1980s or after. No doubt, Burridge, Zamba, Botha, Cooper, Andersen, Beachley, Ballard, Menczer, etc., were talented and tough and surprisingly good-humored as they advanced the cause. But so were the first-generation pros of the 1970s, and here’s hoping that Girls Can’t Surf does more than gesture toward Oberg, Boyer, Benson, Poppler, and the rest of the frontier women who built the stage upon which women’s pro surfing exists today. 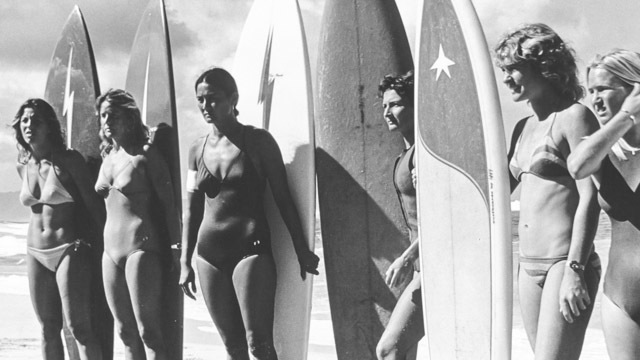 I mean that literally. Fred Hemmings wanted nothing to do with female pros when he launched the IPS tour in 1976. “We opted to call Fred and demand that he include women,” Patti Paniccia, the first female IPS administrator, later wrote. “His initial reaction was to speak loudly into the phone and tell me, ‘Just who do you think you are?!?’” (Click here to read Patti’s remarkable full-length account of early women’s pro surfing, which zings from big Sunset Beach to edible underwear to world tour food fights both literal and figurative.) 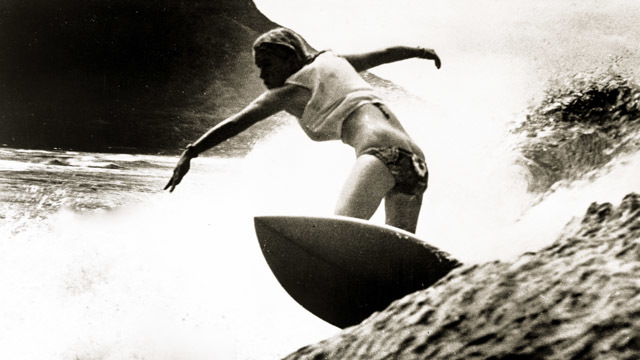 History is brutal. Like musical chairs, history kicks people to the side, one after the other, until one name is left—Jesus, say, or John Phillip Sousa, or JJ Moon. The fact that I can delay, at least temporarily, the public disappearing of past surfing greats makes me feel like I have the world’s mildest superpower. So . . . let’s keep 1977’s IPS #3 Becky Benson in mind for another decade or two. Becky was (and still is) a ray of sunshine in human form, and in her prime was an incredibly versatile surfer. Click here to watch Becky carve up a long and sparkly First Point Malibu peeler, then throw herself into an even longer and way more heart-stopping triple-overhead Sunset wall. 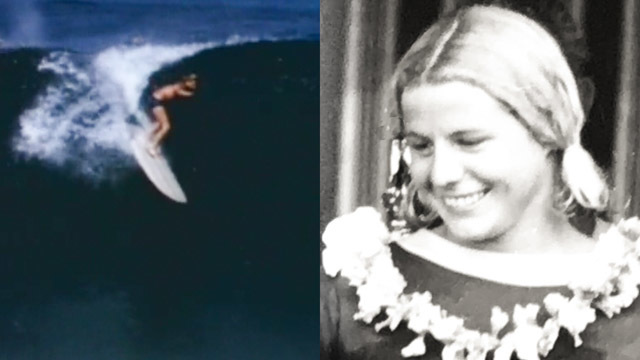 And while it’s still on my mind—this came to me while watching the Masters contest two weeks ago, with women finally added to the mix—let the record show that Nancy Nelson rode Pipe 20 years before Rochelle Ballard got spat out of the fallopian tube for a perfect in utero 10. Here’s Nancy in ’66. Lamb to slaughter, sure, but “A” for effort, and that’s how you learn at Pipe. Credit Nancy as well as the first woman to clap back at the dudes, way back in 1964.

SURFER: “Why do you like to compete in a man’s sport?”

NELSON: “I see no reason why [girls] should have to just sit on the beach and look pretty. Besides, who said it was just a man’s sport? I don’t like all of the restrictions men seem to think are necessary for women.”

Charging Pipe, calling bullshit when she sees it, and won the Makaha International twice for good measure. Raise your flask to Nancy Nelson.

Thanks for reading, everyone, and here’s to a Happy and Healthy 2021!

P.S.: Full disclosure—Patti Paniccia sits, regally, on the EOS Board of Directors.

“The WISA Happening at Malibu,” by Kevin Naughton and Craig Peterson