New Yorker film critic Pauline Kael was a little before my time, but she was funny and vicious and smart without lording it over the rest of us, and bullwhipped her way through the New Hollywood era with tremendous style and wit. This intro from an Observer profile sums Kael up nicely.

In 1974, six years into her 23-year tenure as a New Yorker film critic, Pauline Kael’s negative review of Terrence Malick’s debut feature Badlands was about to go to press when William Shawn, the New Yorker’s famously prim editor, cornered her in the magazine’s offices. Mr. Malick was a Harvard friend of Mr. Shawn’s son Wallace, and Mr. Shawn said, “I guess you didn’t know that Terry is like a son to me.”

All the essential elements of Kael’s approach are in that anecdote: artfully deployed profanity; refusal to be pressured; sticking it to her boss; and yet another sign of the California native’s defiance toward East Coast snobs. 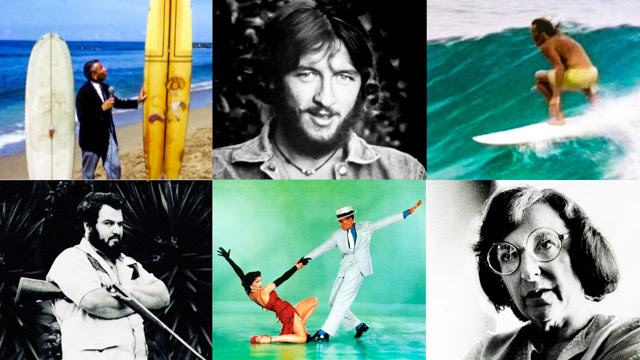 Kael often championed low- and middlebrow films because she enjoyed being entertained, like the rest of us, and because, as she put it, “Movies are so rarely great art that if we cannot appreciate great trash we have very little reason to be interested in them.” Of course, making “great trash” didn’t mean you were off the hook. Commenting on a Cyd Charisse-Fred Astaire dance scene from Band Wagon, Kael wrote: “When the bespangled Miss Charisse wraps her phenomenal legs around Astaire, she can be forgiven everything—even the fact that she reads her lines as if she learned them phonetically.” (You will never fully understood the phrase “smoldering look” until you’ve seen the opening shot of Charisse in Band Wagon; the moment she glides off a barstool while shedding her coat is the most erotic thing ever seen in a family-friendly musical.)

Finally, Kael’s two best-known books both have knockout titles: Kiss Kiss Bang Bang and, even better, I Lost it at the Movies, which brings us to the here and now and my weekend junket to the Atlantic Center for the Arts, New Smyrna Beach, for the Florida Surf Film Festival. 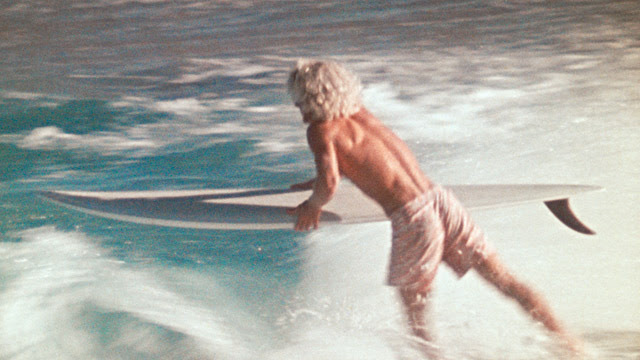 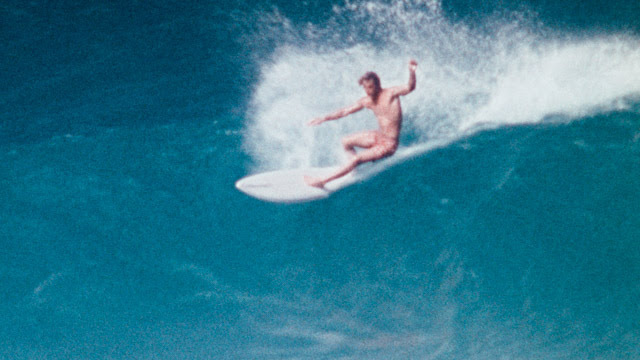 What I am looking forward to most this weekend is the public debut of a new remastered 4K version of Morning of the Earth, which has been lovingly restored by the same two guys—Wyatt Daily and Justin Misch—who gave us the 2019 Santa Barbara surf doc Spoons. I saw Alby Falzon’s shimmering and slightly woozy surf epic when it came out in 1972 (the same year Pauline Kael’s Poseidon Adventure review served up this zinger: “The logistics of getting out of an upside-down ship are entertaining; the script is the true cataclysm in this waterlogged Grand Hotel“), and while Earth has been restored before, this new version is supposedly going to turn our eyes into fully-dilated psilocybin-intake portals, and I for one cannot wait. Furthermore, Daily and Misch, who are also here in New Smyrna, say they are ready to harpoon the great white whale of surf film restoration projects—yes, the original Free Ride. By the way, I threw “4K” out there like I know what I’m talking about. I do not. But the process, whatever it is, is slow and exacting and spits out enormous files: new Morning of the Earth, for example, is a hard-drive-busting 50 terabytes. 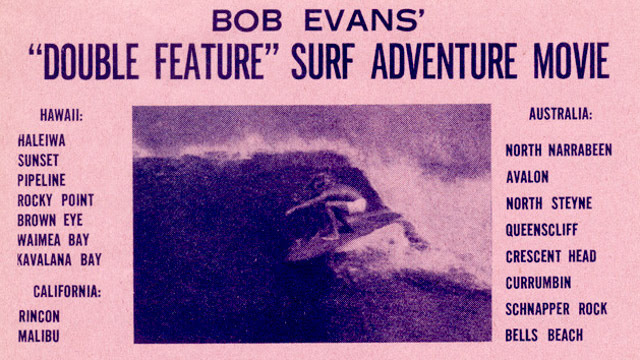 In other restoration news, click here to get a peek at what’s going on with The Australian and New Zealand Surf Film Archive. The ghost of Bob Evans, Godfather of first-wave Aussie surf media, has for decades been moaning over the sad condition of his film library which decades ago was more or less chopped up and flung like confetti to the four winds. The Surf Flim Archive is putting Evans’ collection back together, which is an obvious first order of business. Less obvious, but a stoking development nonetheless, is that Dick Hoole’s excellent work is going front and center as well. Professionally, Hoole has always lived a bit in Jack McCoy’s shadow, so it is good to see his work given the full archival treatment.

Ira Opper of Solona Beach has meanwhile tracked down and captured the entire Larry Lindberg archive—an Alladin’s Cave of high-quality 1960s and ’70s surf footage, most of which was shot by Larry and his team for Wide World of Sports and various other network-produced TV surf specials. Surfing’s own homegrown filmmakers were by and large happy DIY amateurs. Some were better than others (Falzon, McCoy, and Free Ride’s Bill Delaney all being at the top of the list), but the beloved films of our shared surfing past were home movies compared to the kind of trained professionalism—not to mention the corporate-backed budgets—Lindberg brought to the game. No word yet on how or when Opper is going to show us the goods, but I will keep you posted. 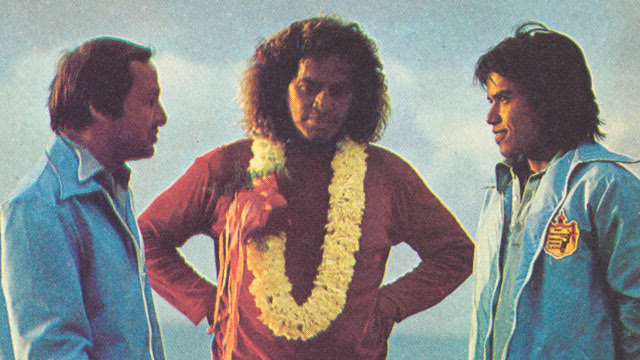 PS: I don’t know if Pauline Kael hated John “Big Wednesday” Milius himself, but for sure she hated his films. Kael publically called Milius out for what she described as his “fascist” artistic leanings; even worse, he was a “bad storyteller.” In the mid-’80s, entering a party at screenwriter Paul Schrader’s house, Milius learned the Kael was already there. He went off to another part of the house and had a drink or two. He then sent a go-between to tell Kael that he’d like to meet, right now, for a “conference.” The go-between returns. Kael wants to know if John, who had a reputation for brandishing guns while in meetings, is armed. “Tell her I’m not armed,” Milius says. “But I myself am a weapon.”

In terms of the feud itself, I’m on Kael’s side all day long. But score that round for Milius. 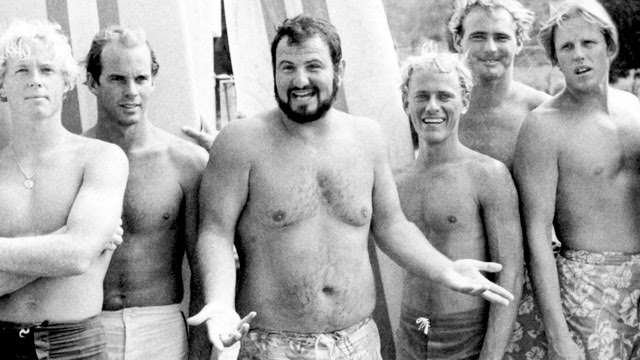 PSS: I’m sending this Joint out a day early; if you’re within a 100-mile radius of New Smyrna, give or take, by all means come out to the Festival tonight!