A great ending cannot save a bad song, or even add much value to a decent one. But if you can pull off something special at the end of an already-good track, the effect is pure uplift, almost gravity-suspending—there are songs whose endings are so good that I’ll pull the earbuds and ride that Om-pop bliss as far as it will take me. I’m not thinking here so much about the big showy “A Day in the Life” or “Detroit Rock City” finale (that’s right, I went there), where the song itself is all but designed for, and aiming toward, the climax. No, I’m mostly talking about the ones where it seems like the artist or producer or whoever is so on top of their game, so filled with good ideas, so happy with what has already been recorded, that they can’t help but send the thing out of the studio with a parting gift. It might just be one chord. The Beatles could do a one-chord exit like nobody’s business. To which Curtis Mayfield says, “hold my beer.” You’d need a spreadsheet and a do-not-disturb sign on the door in order to make a complete list of the amazing production choices on Helen Shapiro’s 1964 single “He Knows How to Love Me”—beginning with the swoon-worthy vocal intro; I will never get my head around the fact that Shapiro wrote and recorded this song at age 17—but the ending on that track is what I was trying to say, above, about suspended gravity. If you have just seven seconds to convince a non-believer about the existence of Heaven, there it is.

“This Is Not Goodbye, My Darling . . . This Is a Thank You” is a three-minute EOS shoutout to surfing’s version of the well-performed exit. I can’t remember exactly when I made this clip. Two or three years ago, around there. It was meant to go in the EOS page for “pullout,” except “pullout” is one of 300 or so pages that has not yet kick-flipped from print to website—and hold that thought because the 2023 EOS fundraiser is a mere four weeks away and with replenished coffers we will be pushing those pages live next year.

Phil Edwards lights up the beginning of the “Goodbye” video, and rightly so as he was our first-best kickout virtuoso, adding that little bit of Edwardian bebop while gliding over the shoulder and across the flats. The nose-tweak, I suppose, was Edwards’ version of claiming, but it is casual almost to the point of invisibility; the movement itself doesn’t register so much as put the suggestion in your head that you are watching a master ply his craft. 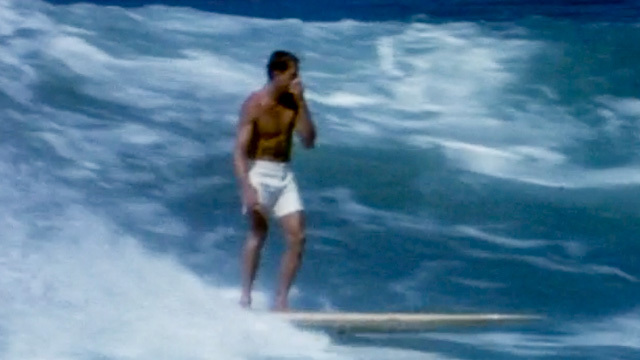 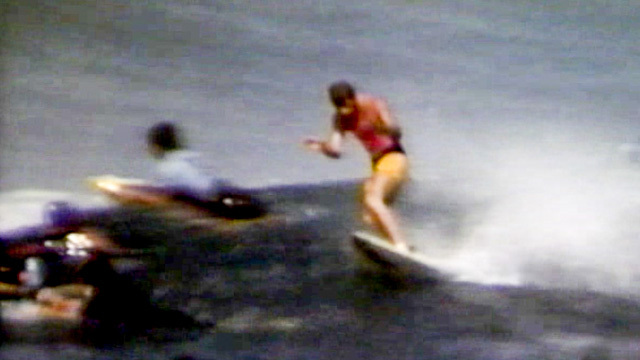 That said, Wayne Bartholomew will always be the Beatles of kicking out. Rabbit is featured throughout “Goodbye” (don’t miss the junkie-fix exit at 00:35), but some of his best departure work is seen here, including the classic hip-check-to-nose-tweak (00:57), which I choose to believe is an homage to Edwards. I went looking for confirmation on this point and found a glancing mention which I think is close enough. From a 1993 interview I did with Wayne:

Who were your early style influences?

I always felt an affinity with Miki Dora and Phil Edwards. Especially Dora—it was the hands, the hand jive, the finger English. And the mystique, of course. Dora wasn’t just a phenomenal surfer, but subversive—you didn’t know exactly how to think of him. That inspired me. Later on, Gerry Lopez was an influence. I would stare at photos, stare at Gerry’s fingers, the trail of his fingers along the wave, how he’d caress the wave. Lopez’ hands, arms, shoulders were all spot-on; perfect. I said to myself, “There it is. There’s the essence of the whole thing.”

Did that transfer directly to your surfing?

Maybe. Probably. But I think my style didn’t come from imitating anybody. Not Lopez, or Dora, or MP, or anyone else. My style comes from riding Kirra; from feeling my way out of the tube. I did it until it felt perfect, and my hands, my style—that’s the result.

I take my leave on Rabbit’s coattails.

PPS: Stepping on my own exit here, but just want to circle back to Helen Shapiro for a moment. Shapiro was so big in the UK in early 1963 that she headlined a four-week tour of England with the Beatles, who had just released “Love Me Do.” But their follow-up, “Please Please Me,” hit the charts midway through the tour and here comes Beatlemania destroying everything in its path, and on the tour bus near the end of February, Shapiro saw a Melody Maker headline calling her a “Has-Been at 16.” Cruel but true, at least in terms of hit singles. Shapiro nonetheless chased the pop-fame tiger for a couple more years, and in 1964, sounding as if she’d spent the previous six months smoking Woodbines and riding the Tube from one basement bar to the next before rolling into a makeshift garage studio with a talented but very hungover rhythm section, she recorded “You Won’t Come Home”—which, as one writer put it, “was a blueprint for everything Chrissie Hynde would ever record.” Folks, hidden gems do not come any bigger or brighter than this. 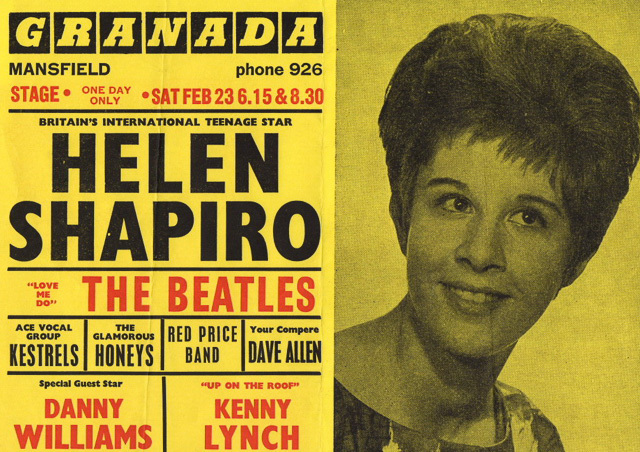 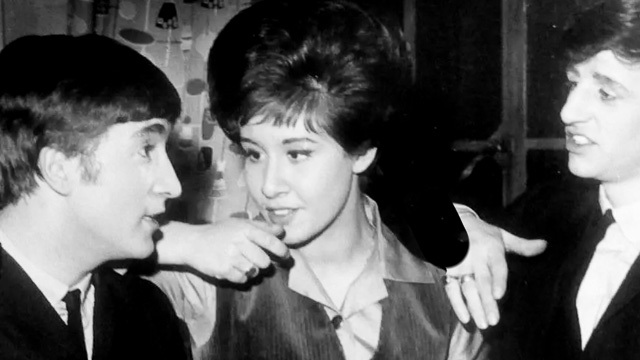