It’s gonna be run-and-gun from now till the end of 2022 here on your favorite nonprofit website weekly newsletter. Holidays, inlaws, fundraisers, snow days, White Lotus—all coming at me like Level Three rocks on Asteroids with no hyperspace button, which means I’ll be Jointing at you with one hand while baking Christmas cookies and lighting Hanukkah candles with the other, and chances are you’ll be getting stunted little Tiny Tim-sized Sunday emails till early January. “Please, sir, I want some more,” is what I’d say if I were in your shoes, too.

“Is That a Racing 16 in Your Pocket or Are You Just Glad to See Me?” posted last summer, and found me struggling to describe an arcane wood-era maneuver in which the surfer, just after catching the wave, pivots a massive hollow board 90 degrees before dropping prone and mock-crucified down the face. Thank you to Michael Watts for directing me to this 1948 newsreel showing the move done to perfection on a gnarly day at Maroubra. Scroll to 1:26, or better yet watch the whole thing and see if you don’t agree that the WSL has missed a trick by not switching from surfing to surf carnivals—more thrills in this two-minute reel than the entire WSL Finals Day at Lower’s this year, although I’ll always hang a “Do Not Disturb” sign on the door when Ethan Ewing is in the water. 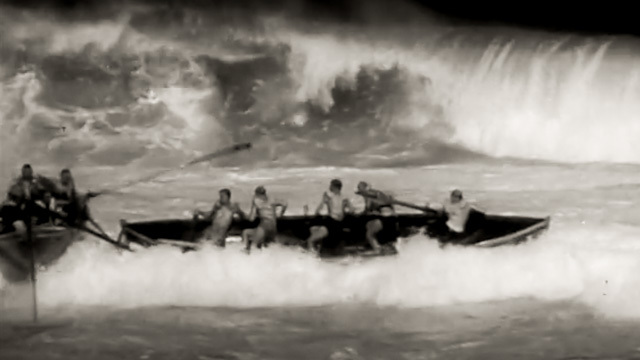 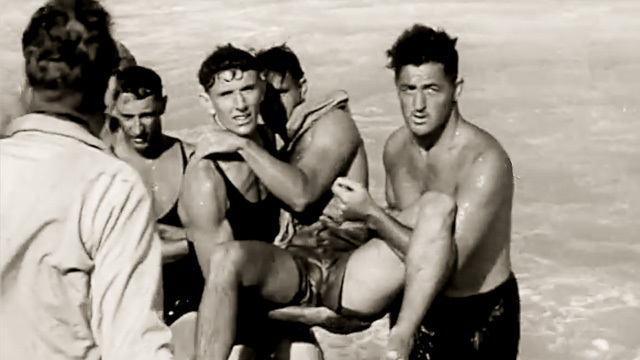 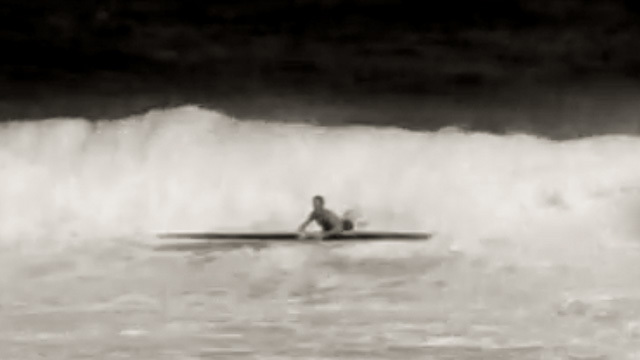 I thought we pulled a small but interesting rabbit out of the surf history hat last week, with that shot of David Nuuhiwa posing with a bar of wax, which I noted was a reference image for the Five Summer Stories poster. Somebody emailed saying that Mike Purpus always claimed he was the model for the FSS poster, and no surprise there, Purp’s gonna Purp. Somebody else swore it was Tiger Makin. Another person claimed, and I’m not making this up, that surfers in San Clemente during the 1970s all knew that the model for the Five Summer Stories poster was absolutely the blonde dude who worked at Doug Moore’s Muffler Service on Avenida de la Estrella.

Nobody, and I mean nobody, figured Nuuhiwa was the guy.

Least of all Rick Griffin scholar Steve Barilotti, who argues, convincingly and with photographic proof, that the guy was in fact Boyd (El Chingadero) Elder, skull-loving rock-and-roll artist and Griffin’s art school buddy, who posed for the black-and-white shot you see below—which, yes, puts us a lot closer to the Five Summer Stories poster than the Nuuhiwa photo, and also has a Spahn Movie Ranch ’69 vibe that I for one would like to unsee. Barilotti’s guess is that Greg MacGillivray gave the Nuuhiwa shot to Griffin, who in turn had Boyd duplicate David’s pose, and that was the image Rick used to make the poster. See what you think: 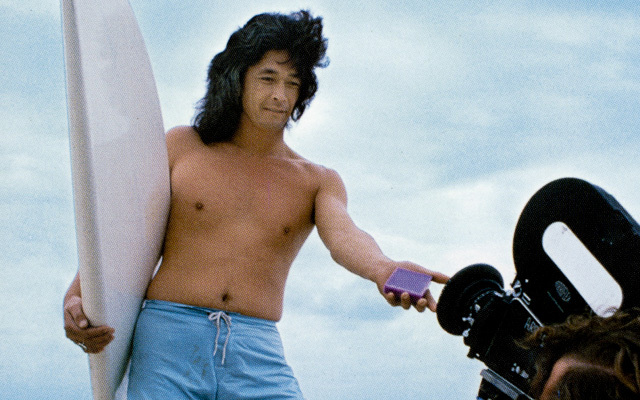 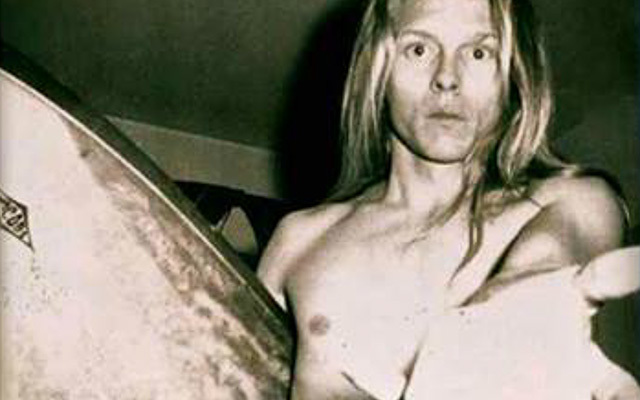 Postscript: Griffin was so disturbed by the serpentine black-hole eyes he’d painted onto the Five Summer Stories character that he added sunglasses to an updated version a few years later. 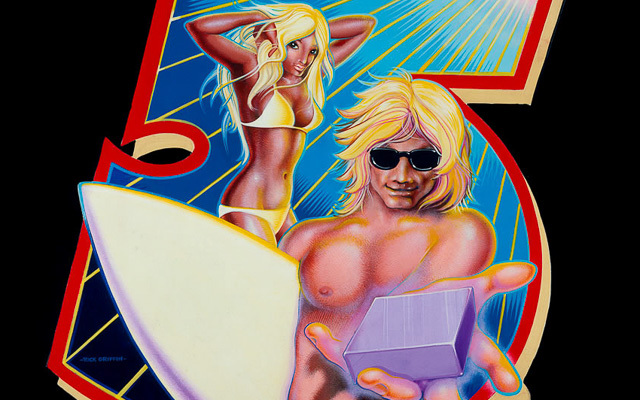 As noted in last week’s Joint, “I’d bet my last handle of Jim Beam that this early ’60s gearhead is the original tow surfer,” and I’ll stand by that claim, but a NorCal surfing ancient named “Turkish” Tim Mangin emailed to say that he and his buddies had an open-throttle moment of their own in the summer of ’65.

I wanted to throw my hat in the ring on my take on the origin of tow surfing. That summer we were heading into high school, and always seeking diversions to fill the time when we weren’t hunting waves. The Wilson Brothers, Tom and Bob, had a 16′ boat with an oversized outboard. With that extra horsepower, we could easily tow two of our crew on longboards and still get a fast plane. We did it in flat water near the harbor, and that was fun but, as always, we wanted to enhance the experience and, soon enough, looking over at the surf at Cowell’s, we figured out that by using the boat we could match the wave speed and be up and riding before the hoards in the lineup were even paddling. This method was not well received, and the hoards made their feelings known with one-finger salutes and screams of unencouragement. So we decided to ‘deboard’ the entire break. Figuring there was 50-plus-feet of ski rope between the rider and the boat, we would strafe the entire crowd by positioning the boat just outside the lineup and the rider just to the inside. With the towed surfer crouching low, the rope was just inches above the water. It worked like a charm. The surfers were bailing off their boards like synchronized swimmers in an Esther Williams movie. There was danger involved for us. If the boat stalled, or if the rider fell, we were gonna get pounded for sure. Also, it was going to be a heavy bust if anybody reported our boat. Good thing we taped over the registration number on both sides of the hull.

“It’s a fine line between stupid and clever,” as David St. Hubbins wisely noted, and while for the record I believe that Turkish Tim’s story leans hard stupid, I’ll just about always be on the side of 14-year-olds going up against the big guys and pulling it off clean. 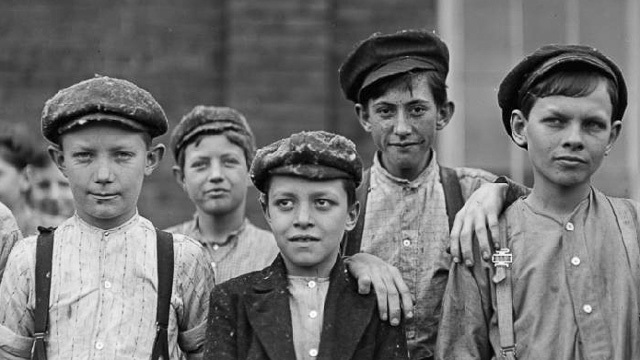