“Surfing’s Mount Rushmore” blipped on social media two weeks ago, with all the usual suspects nominated and debated. I swung in late with a vote for Gidget, but made a big show over complaining about the lack of criteria. “Surfing’s Mount Rushmore” is too vague. Duke Kahanamoku is a given, but the other three spots are wide open. Should Hobie and the rest of the industrialists be considered? If Dora makes it, does he get a Klan hood? Sean Collins was a game-changer, but you gonna put a numbers geek on Rushmore? The pleasure I take in this kind of manboy listmaking is directly proportional to criteria specificity. So I’ll mutter out some desultory choices for “Best Rock Bands,” sure, but will spring to attention like a French Spaniel if it’s “Best Power Trios” (Cream, and a mile-long gap to whoever’s next). Same with “Best Salted Snacks” (Ruffles or original Chex Mix), “Best Golden Age Longboarders” (Nuuhiwa), or “Most Entertaining Hitchcock Films” (North by Northwest, but much room for discussion). 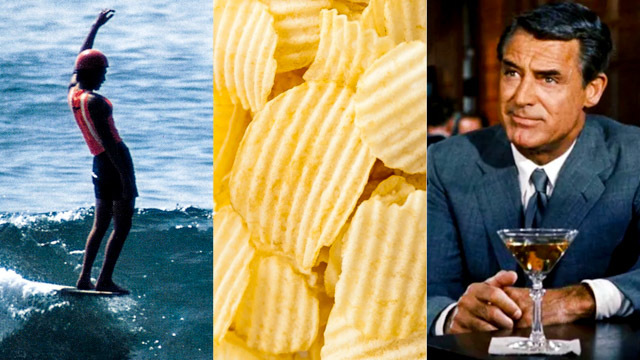 If Surfing’s Mount Rushmore has a set of criteria something along the lines of surfing talent multiplied by human value x made up of wisdom, decency, compassion, and sense of humor, then hand me a clean sheet of paper and a Sharpie, and let’s begin with Pam Burridge. Sorry Gidget. Duke, stick around, you’re probably still in.

Pam was (still is) a graceful, powerful, progressive, deeply chilled surfer. Frieda Zamba was the rabbit-punching high-performer from Pam’s early heyday, while Kim Mearig was all deep flow-state in pink and yellow. Pam, by design or chance, perfectly split the difference between Frieda and Kim. Unfortunately, she didn’t have much left over with which to focus on winning titles—I’d have to look it up, but during the 1980s I think Pam was 14-times runner-up to the world title. 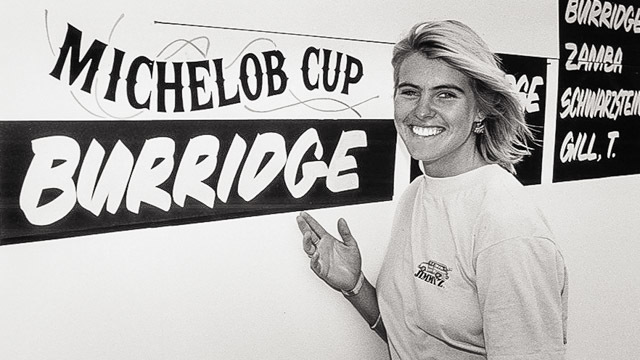 Nevertheless, she persisted. Mark Occhilupo’s 1999 world title will forever be our sport’s most satisfying, most righteous competitive comeback story, but Pam’s title in 1990 is a hot second (Occy, Burridge, Slater, and Sunny for Surfing’s Mount Rushmore: Comeback Edition), and she knocked out pretty much every boss to get there, including drugs, alcohol, eating disorder, depression. Cliché but true: every hardship seemed to make Pam stronger, more centered, and more caring of others. She kept evolving. She never won another world title, but her surfing continued to improve for years afterward. Pam could out-glam anybody in the sport, male or female, but by and large she’s spent her adult life looking like the last girl out of the pond at Woodstock, happy and bedraggled. She is a smiling destroyer of surf-world pieties (“I hated everything about surfing except surfing”), and in truth will never make it to Surfing’s Mount Rushmore, but she was once called “Mother Superior” in a surf mag headline and I will Twitter-tackle anybody who says otherwise. 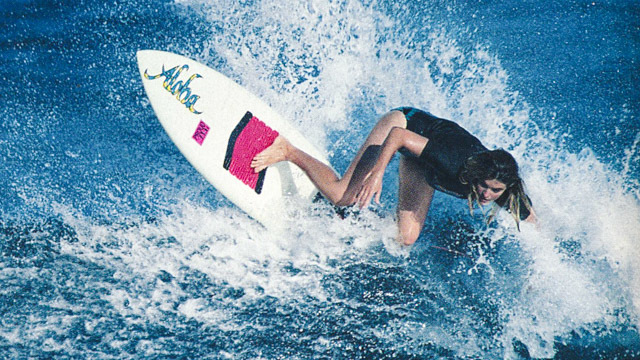