Pointing out the smallness of 1970s world tour surfing won’t raise any untrimmed eyebrows over at the Society of American Historians. Smallness is a cornerstone of the WCT origin story. To demonstrate growth, the tour will invariably harken back upon its kitchen-table origins, the tiny but hardcore cluster of spectators at the early events, the blue-collar paychecks. (Eddie Aikau, 1975’s #15 surfer in the world as ranked by total prize money, hauled down an aggregate $25 for the year.)

But this week, while plunging my hands into the loamy ferment that was the 1977 Wave Rider Magazine Florida Pro at Sebastian Inlet, I was struck anew at the DIY aspect of the whole thing; the degree to which this rightfully cherished smallness demanded that those involved do whatever was required to bring the show to life.

Yes, you can trace various and sundry Florida Pro conflicts of interest until the event looks like a Jackson Pollock drip painting. The publishers of the local surf mag (Wave Rider) owned and ran the event. Contest judges were on loan from their jobs as surf industry execs. Beach marshal Dick Catri at one time or another was mentor or sponsor or bail-thrower to pretty much every big-name Floridian surfer on the beach.

But never mind all that. Earnestness and we’re-in-this-togetherness were spritzed like Hawaiian Tropic across the whole hot, sticky, interest-conflicted scene. Nobody on the beach at the Inlet that week was jaded or blasé about what was happening. I love the fact that, while money and ratings points were the prime motivators in Florida in 1977 (just as in 2022, with the CT heading for Margaret River and the righteous amputate-or-die midyear cutoff), the enterprise itself was also a driving force. Everybody at Sebastian Inlet wanted pro surfing to succeed. As such, they would mostly overlook the business-conflicted judges and the daddy-figure beach marshal. They would think big. Or at least bigger than what was before them at the moment. Sure, the pros would backbite and shit-talk each other, and hold that thought, we’ll return to it in a moment. But at the same time, they all kept adding twigs to the shaky little nest that was pro surfing in the 1970s. They were attracted to this new facet of the sport. They wanted to engage on as many levels as possible. 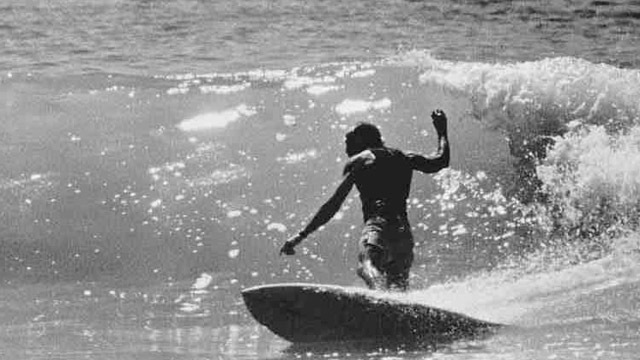 Warren Bolster, for example. Bolster was a SURFER senior staff photographer in 1977 and took most of the Florida Pro pics that ran in the magazine a few weeks later. He was also a part-time world tour competitor. At Sebastian Inlet, Warren surfed through the trials and finished 9th in the main event, losing to Wayne Bartholomew in Round Three. (For good measure, Bolster was the editor of Skateboarder magazine. For a couple of years there, ambition and talent and a Stevie Nicks-sized cocaine habit made Warren almost superhuman.)

The ultimate reach-for-the-stars DIY surfer at the Florida Pro was of course Peter Townend. Not only was he reigning world champ, PT also contributed to the development of both International Professional Surfers and the Australian Professional Surfing Association. He shaped his own boards. He’d just co-founded the Bronzed Aussies promo team, and was in the process of stunt-doubling for Billy Katt in Big Wednesday.

Townend was also a Surfing magazine staff writer, and hold that thought too.

So now we come to the part of the 1977 Florida Pro story that brought all this to mind. The trials are over, the main event is set—and the surf goes flat. Really flat. Five days, not a ripple. On the sixth day, local pro Bruce Valluzzi, who came out of the trials and was slated to go man-on-man against Townend, is told by contest owner Gunnar Griffin that the event is off for the day. Forty miles down the coast, however, contest director Dick Catri has in fact called it on. Valluzzi finds out and races south, but is too late and misses the heat. He files a protest. Contest officials agree to reschedule the heat. Then PT, claiming a rule infraction of some kind, manages to reverse the officials’ decision and the heat is un-scheduled. Valluzzi is out. 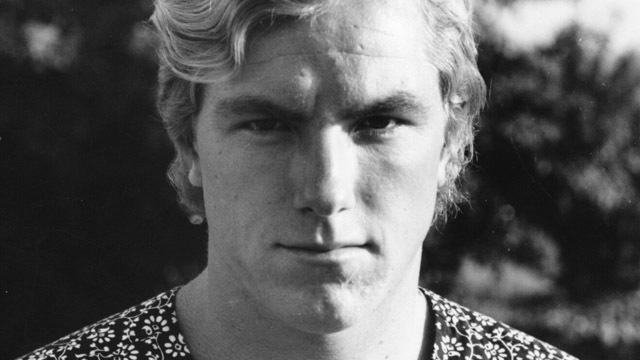 Nobody in the sport at that time carried a sharper blade than Bruce when it came to pen-on-paper business, and I imagine that some part of him actually appreciated the screwing-over, because it no doubt put an extra dash of Tabasco into his SURFER article. “Standing side by side,” Valluzzi wrote of contest organizers Catri and Griffin, “these two are at least seven feet wide, but here was scrawny little Townend tongue-lashing them into submission with threats of a suspect nature. Peter, who claims to be the world’s premier competitive surfer, dodged honest competition with shady tactics.” (For the record, Valluzzi got 17th in the contest; Townend got 9th.)

Now, guess who Surfing assigned to cover the Florida Pro? Right—Peter Townend. PT didn’t mention Valluzzi by name (maybe from lack of space; Bruce’s article ran eight pages, PT’s was just three paragraphs), but the champ was clearly not happy with what went down at Sebastian. “The Florida Pro,” Townend wrote, “was marked by instances of too many chiefs and not enough Indians—or possibly no chiefs at all!”

And this: “The entire affair was plagued by a general lack of communication, [which] left a feeling of discontentment in many minds about the so-called ‘professional’ surfing circuit.” 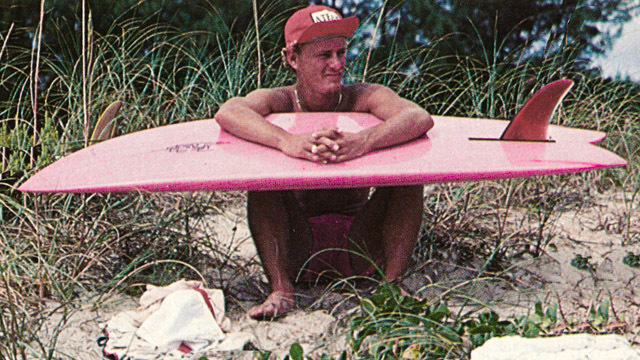 I don’t believe Townend meant that last bit. In 1977, he and Rabbit and Shaun and MR and all the other original world tour pros were as gung-ho on the IPS as they’d ever be. I think Peter was pissed off with his low finish in the event, and the fact (a rare admission) that pro surfing was nowhere close to the Grand-Prix-in-training sports package he hoped it would be.

Later in his Florida Pro article, for example, Valluzzi takes aim at David Nuuhiwa, who at that point was still within shouting distance of being America’s most revered surfer.

He was lucky to get 9th. David’s exclusive use of longboards lately is not just a tactical error in equipment choice, but symptomatic of a larger problem. He wants to party all night, every night, then ride waves in the daytime. The effects are showing in both his surfing and waistline. If Nuuhiwa wishes to successfully compete on the emerging pro circuit, which he says he does, he must be willing to train and condition himself as a professional athlete. David has as much natural grace and ability as anyone who has ever stood on a surfboard, but time marches on. Any young man is well-advised to remember that economic support from athletics is relatively secure for only the first third of an athlete’s life. Anything past that is borrowed time. David’s debt is mounting. 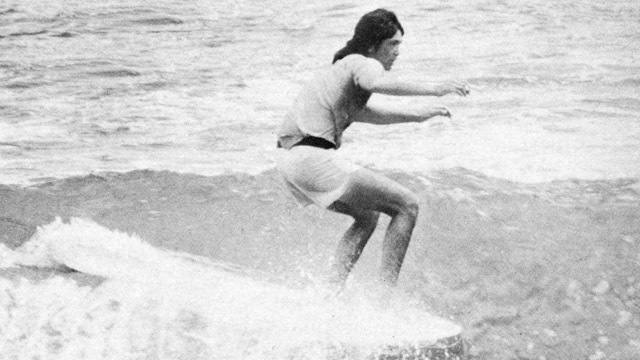 This is an amazing paragraph, and it would be six or so years before we’d see the like, in terms of style and punch, as written by Derek Hynd, another multifaceted A-level pro surfer ready to advance the world tour project in any way he could.

Pro surfing remains a work in progress. It is no longer small and DIY, but the markers laid down by people like Valluzzi and PT and Warren Bolster are worth saluting nonetheless. By all means, let us borrow and steal as necessary from other sports. But surfing, competitive surfing included, works best when it is cordoned off and left to its own peculiar and occasionally brilliant devices.

PS: Today’s Sunday Joint is a slightly edited re-post from a 2019 EOS blog page. The day after I wrote last week’s Death Joint, surprise surprise, Covid finally got me. I am many-times vaxxed and barely symptomatic, but more foggy-headed than usual and thus not Joint-ready. Thanks for reading, everyone, and see you next week!