For all of you who rushed off to MyBookie and put a little something on the Italo-Carissa Olympic double-gold exacta, as tipped here in last week’s Joint—well done, enjoy your winnings, and maybe break off a piece for the EOS fundraiser later this year.

I also mentioned last week that my Olympic views “lean grumpy,” forgetting the degree to which the Games themselves lean euphoric, and thus surfing’s Olympic debut wonderfully outperformed my expectations. Much of this has to do with the fact that both the men’s and women’s gold medal victories were clear and decisive and almost cosmically just—had Italo snapped a femur on his opening wave in addition to breaking his board, and if Carissa had been dragged to Okinawa in that gurgling brown mess of ocean they were competing in, then it would’ve been Bianca Buitendag and Kanoa Igarashi biting gold on the podium instead of Moore and Ferreira, and I think our collective appreciation for what just went down in Chiba would be cut in half. If nothing else, the Games rewarded the two best surfers—with “best” here meaning just raw talent, but also authenticity and stoke level and smile-wattage—and I’m happily surprised at how good it all feels, and this mood seems to be feeding itself. I am happy that both surfers are non-blond. I am happy that Carissa is one inch taller than Italo. Bring on Teahupoo in 2024! 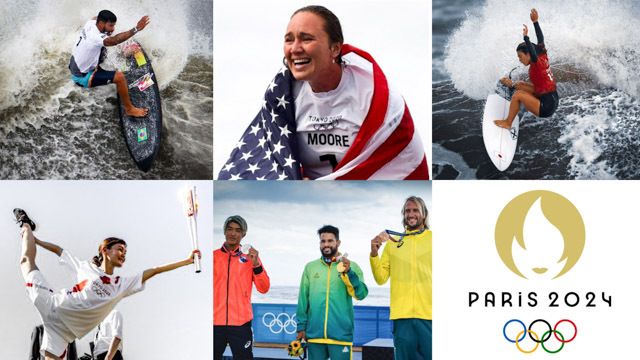 Longtime Seal Beach shaper and shop-owner Rich Harbour died three weeks ago, at age 77, and Sam George’s tribute in Surfline was as beautifully crafted as a Harbour-made Trestles Special. “There was something different about the Harbour brand,” George writes. “[He worked] out of the very same shaping room, in the very same shop, at the very same Seal Beach address, with the very same phone number, from 1962 to 2019, when he shaped his last board: number 32,680. Less flashy than contemporary labels like Hobie, Weber, and Noll, Harbour maintained that ineffable quality that in today’s marketing terms would be called ‘hardcore’ but in Harbour’s case was just the way he rolled.” Read the full article here. 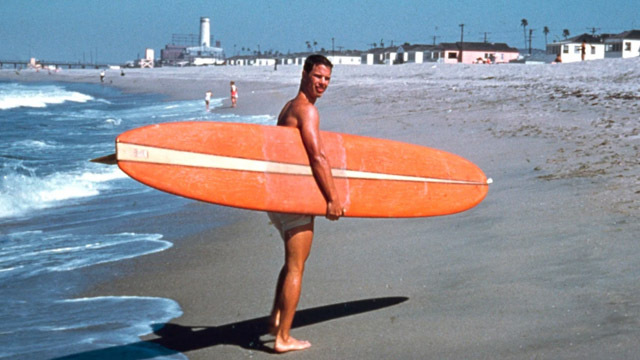 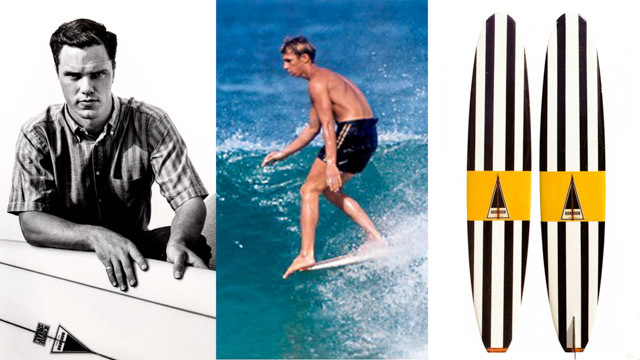 The one thing missing from all of the tributes was mention of the gorgeous Harbour Surfboards Pop Art aesthetic; the big solid-color blocks and sharp lines, not a lot of elements at play, but everything weighed and positioned just right. A design style befitting the man himself.

In the Chris Byrne post from two weeks ago, I neglected to mention that Critta is alive and well and holding down what looks like a cushy gig as the resident pro at an upscale G-land surfing resort. Click here and scroll down to see Critta in his happy and well-fed middle age. 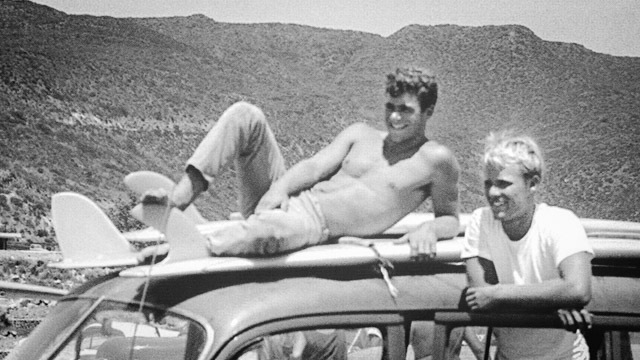 PS: While we’re still thinking about Harbour Surfboards, here’s a sweet back-in-the-day reminiscence by ace Harbour teamrider Mark Martinson (see above in softcore post-surf lounge mode). The whole piece is worth a read, but the gold medal part is when Mark, with a carful of surf buddies, pulls into the wetlands at Lowers on a sneak mission—when it was still illegal to surf there—and immediately sinks it up to the axles.

I thought the family car would carry me through safely. What could possibly hinder the path of a 1954 Lincoln Capri four-door? Such a beast of a car. The Marines were kind enough to pull us out. And since I had only 65 cents and the towing charge came to 35 dollars, the car was impounded. Our boards were impounded. And we were taken to the criminal office of Camp Pendleton. I was the oldest, at 16, so I was responsible. I’d been caught several times before, and the Marines have you sign a written promise you wouldn’t come back. I’d already promised twice before. That’s not the American way, breaking a promise. I’m figuring, by the way they’re talking, they’ll deport me or give me a life sentence. Meanwhile, the sergeant is making calls to the FBI, to the on-base General, and the juvenile authorities. My playmates are downstairs somewhere playing cards with the other military criminals. I have some clown firing questions at me with his hick drawl. And every time I’d say anything, he’d say, “that’s a lie, boy.” Finally they decided that I’d get a third chance. My pals were advised to associate with more upright characters. Somebody’s mom came and picked us up. The sergeant filled her in on what had happened, and my part in it all. She’d missed a dinner party because of us and was a little upset. She tore into me on the way home. After almost being deported, a little nagging from a mother doesn’t seem like much.

But heck, all I wanted to do was surf.