At some point in the early ’80s I threw away a boxful of my old surfing trophies. Ten years ago I did the same with a big tear-stained stack of journals, and good riddance to every one of those woeful handwritten navel-gazing emo boy pages. For a lucky few of us, the anti-hoarding impulse grows stronger with age, not the other way around. Get me on a roll and I will purge down to the studs, and quickly, no Craigslist or eBay, this pile goes on the sidewalk and that pile goes in the trash. Spark joy or be gone. It is a healthy habit and I recommend it.

So, why did I feel melancholy after hearing that Ken Bradshaw sold his 1980 Duke Classic trophy? There are plenty of good reasons to unload an old trophy. Maybe Ken sold it to buy a new planer. Or a ticket to Indo. Maybe he’s leaning Buddhist these days.

On the other hand, Ken’s Houston-to-Sunset Beach origin story is Homeric, his rise to North Shore big-wave supremacy was paid for with vast expenditures of blood, sweat, and tears (manfully hidden from public), and that long-dreamed-of Duke victory, at age 30, was symbolic of all he had worked for and achieved. If ever a keepsake was earned, this was it. Maybe I can get rid of shit because none of it meant as much to me as that Duke trophy meant to Bradshaw. So yes, I feel bad that Ken and his gold-plated memento parted ways. (In fact, full disclosure, before dumping that box of trophies I salvaged my boys division winner’s plaque for the 1974 Bay Area Surfing Contest, held at the foot of Pico Street—aka the Sunset Beach of Santa Monica.) 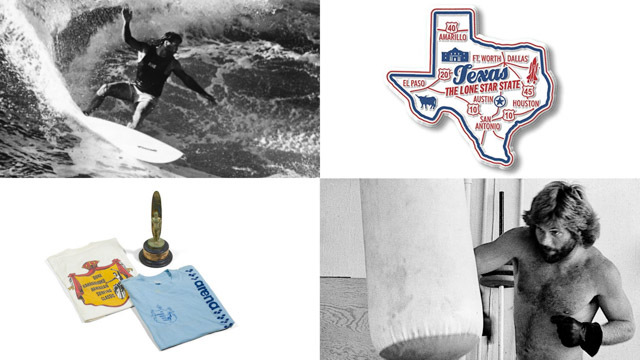 Anyway, I spent a lot of time last month down in a Waimea-sized rabbit hole, posting a dozen or so pages about Ken and his big-wave peers from the 1980s and early ’90s.

BROCK LITTLE
This one posted a few years ago, but here’s a Brock interview with a quote for the ages: “My job? I’m a surfer. I do nothing.”

BONUS MATERIAL
“The Best Rate the Best” – the Top 11 Waimea Surfers of 1990
“The Bay” – long read on Waimea, by Allston James
“The Divided Rulers of Waimea Bay” – by Matt Warshaw 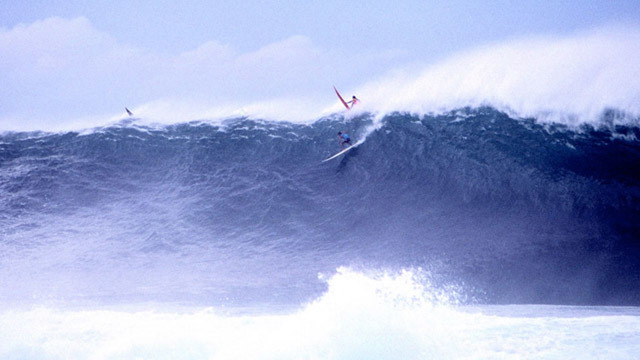 Ahem. I just went back to check the Duke Classic pages, and hahaha, whoops, Ken won in 1982, not 1980. He had a great run in the Duke around that time (finished #3 in the 1980s Duke Classic Power Rankings, behind Michael Ho and Dane Kealoha), but in 1980 Ken took 8th, which ain’t bad and earned him a Duke trophy, but clearly it was not sparking joy in the Bradshaw home 40 years later. What to do? Sell that thing! Sell it to a grateful soft-handed surf-memorabilia collector, scoop up the cash, buy a new planer, and stick that planer in the shaping room next to your prized 1982 Duke victory trophy that God himself couldn’t pull from your grasp—in my mind that’s the way it went down, and if it’s not true, don’t tell me.