I keep a whiteboard with a list of new and revised EOS pages, each of which is supposed to be noted on the Sunday Joint so as to present you with as many pleasure-giving rabbit holes as possible. “Interfere with their Monday Morning Work Schedule” is the inscription on the Sunday Joint coat of arms. Yet every Sunday I ignore the whiteboard and build out an entire Joint from just one or two items. There’s a lot to be said for picking a single topic and running with it, and I will likely keep Jointing the way I’ve been Jointing. But today we aim for range and breadth, and let’s get started. . . .

Spider Murphy’s EOS page is up, and it includes this salutary and I think accurate quote from fellow Durbanite Shaun Tomson: “If Spider had lived in the United States, he’d have been recognized as the top shaper in the world.” For a surfer, the advantages of living and working in South Africa during the 1970s and ’80s were not small: incredible waves, plus a hot and hungry government-backed generation of surfers. But the disadvantages were greater still, and Tomson is right in saying that Murphy’s career was stunted by living in Durban, where geography and politics both worked against you. Even so, Spider made some of the period’s most groundbreaking equipment, including the tiny twin-fin that Martin “Superkid” Potter used at age 15 during his incredible straight-to-the-top pro tour debut. 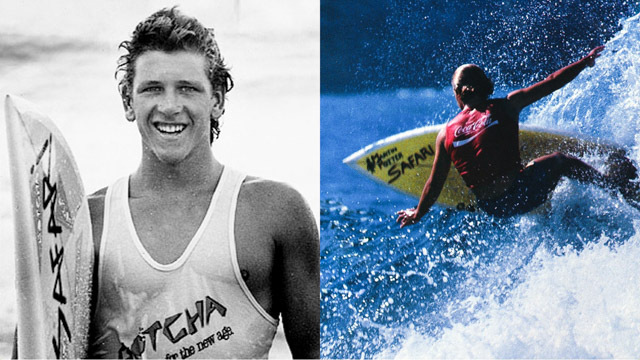 While we’re in that part of the world, here’s a new page for Peter Burness, contest director and possible Father of South African Surfing (John Whitmore would like a word), and over here is Chris Van Lennep, one of the original master-of-disaster surf photographers who, in the days before GoPro, escorted us into the misty center of what Jock Sutherland called the Pope’s Living Room.

Johnny Fain, on EOS and elsewhere, has been described as coming from a wealthy Malibu family. But it was pointed out to me after the Fain Joint a few weeks back that while Fain lived comfortably, the family was not in fact rich. Jeanne Bartlett, Fain’s mother, wrote the screenplay for Son of Lassie but didn’t work much after that. JB Fain, Johnny’s father, owned Malibu Television, which I thought was a studio or something Hollywood-related, but was in fact just a regular old TV repair shop. Rich people had second homes in Malibu during the 1950s, yes. But rich people at that time mostly did not live in Malibu year-round, as the Fain family did. Anyway, this 1966 article on Fain says that Johnny and his mother lived together in “a small two-bedroom apartment on the Southern California shoreline.” Not mentioned in the article is that Fain’s father had recently died.

Ian Buchanan, as the five-time New Zealand champ was wrongly known throughout his career—the correct spelling is “Iain,” although since 1981 it’s just been “Ratso,” full stop, like “Cher”—has at last migrated from the print version of EOS to the website. This joyous photo of Iain was taken, I believe, on his very first day surfing, 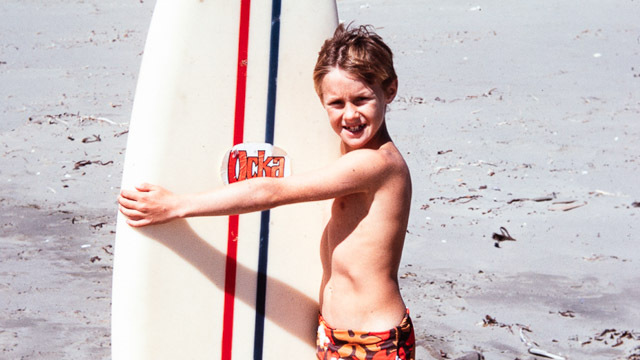 Some of you already know that shaper Dick Brewer, 85, is in failing health. The last I heard, Brewer had left the hospital where he was being treated for an unspecified blood condition and returned home to Princeville, Kauai. No word on whether or not Brewer is in hospice care, but in a March 2 Instagram post, his wife Sherry wrote that “my baby will not be in the world much longer.” I’ve posted a lot about Brewer (type “dick brewer” into the EOS search box), and three weeks ago did a little back-and-forth with Derek Rielly about the person I’ve called “our first, last, and greatest shaping guru.” I trust that Dick is resting comfortably, and maybe even smiling to himself at the whole massive glorious game-changing up-down-and-sideways legacy he created, including the gorgeous Bing Pipeliner.

JP Currie is a Glasgow-born surfer-schoolteacher with a middling gambling problem and a gift for column-length prose. He’s been doing WCT contest reports for Beachgrit this year, and hitting ’em out of the park, one after the next. Even better, JP occasionally veers into what might be called the “unpopular opinion” genre, as is the case with his sad-funny “quit lit” posts (try this one), and maybe best of all this recent take on why Kelly Slater is our GOAT but not the GOAT. 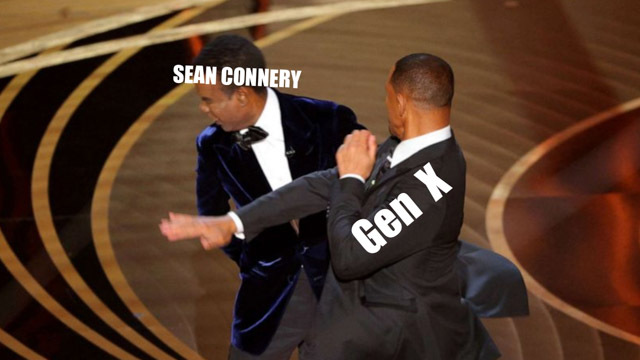 Did you watch Slater’s recent James-Bond-related appearance at the Academy Awards, along with Tony Hawk and Shaun White? Me either, but the clip made its way to my inbox (Hawk’s vote for Roger Moore as the greatest James Bond struck me as laughable, but I have since learned that Moore has a real claim among Gen X-ers), which in turn reminded me of this fashion-forward take on the ’98 SURFER Poll, and how I was able to sneak in my all-time favorite Mike Doyle story.

Just before winning the 1965 SURFER Poll, Doyle left on a Catalina Swimwear promo tour, eventually landing in Galveston, Tex., where he slipped into a new pair of Catalina Big-Wave Rider trunks, made of DuPont nylon, and waded into the milky-warm Gulf for a surfing demonstration. Hundreds of fans waded in behind him. Doyle paused, turned, pointed his board shoreward, knelt on the deck and reached forward to begin paddling and blew out the rear seam of his Big-Wave Riders from crotch to waistband. “As I rose to my feet, with my bare ass hanging out,” Doyle recalled in Morning Glass, his wonderful autobiography, “the cameras began clicking—and the crowd parted to let the world-famous surfer pass.” 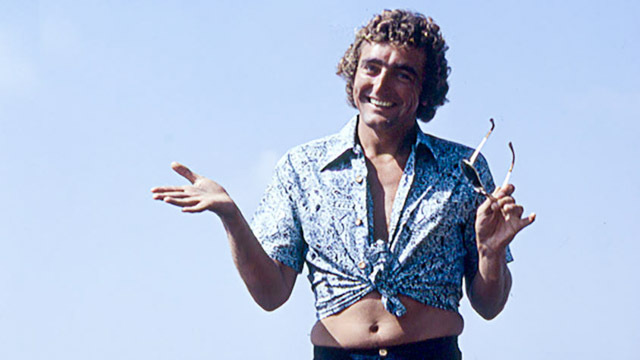