Ten years ago somebody posted a two-star Amazon review for the book version of Encyclopedia of Surfing, noting that “it is an encyclopedia!” and because of that they “haven’t bothered reading it.”

And folks, this is why EOS has a 4.4 star Amazon rating instead of the perfect 5 to which all encyclopedists aspire.

The point being: a thing should be judged—whatever the thing is, book, movie, TV show, etc—based primarily on what that thing set out to do. If you go online to buy an encyclopedia and three days later take delivery on an encyclopedia, your lead criticism should not be that it is an encyclopedia.

Keep this in mind because I am here to report that the new Apple TV+ reality show Make or Break, which debuted on Friday and is co-produced by WSL, is a near-absolute triumph. You may not like the show, and that’s fine. But don’t be the two-star troll who comments without understanding the assignment. Remember what Make or Break set out to do. It is not a documentary. It is not even about riding waves, exactly. Make or Break is a reality show set within the grind and turmoil of the WCT, and as a viewer, to my eyes anyway, that grind and turmoil is bliss compared to the smiley brain-dead presentation we get from the WSL itself, and hold that thought, we’ll circle back in a moment. So judge Make or Break on those terms. And if you still don’t think the show has come out of the gate scoring a low-to-mid-range 9, then you haven’t watched enough reality TV, and shame on you for even taking part in this conversation—but also congratulations on avoiding what is by and large a basement-level zone of entertainment.

Reality TV has been off my radar for 30 years. I watched Season One of MTV’s The Real World in 1992—back when teenaged Kelly Slater was eyeballing his first world title while the rest of us scandal-hopped between the Menendez Brothers and Joey Buttafuoco—but decided after two or three episodes that reality TV was not for me, and apart from sniff-testing our sport’s own dependably cringey offerings (see here and here and especially here), I haven’t watched since. 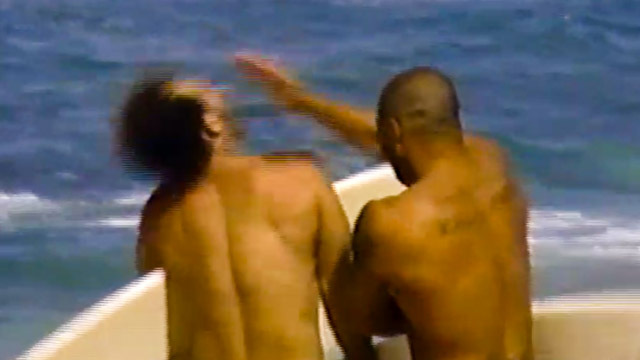 Not until I read JP Currie’s BeachGrit article on Make or Break, anyway, which includes an enthusiastic riff on Drive to Survive, the Netflix smash hit set in the gilded snakepit that is Formula One racing. The same production team is behind both shows, and Drive to Survive, Currie writes, has proven to be so incredibly watchable—even among us geeks for whom the world “formula” conjures algebraic Xs and Ys instead of car racing—that a knockoff based on our very own World Championship Tour was practically three-quarters of the way to an Emmy before it debuted.

And thus much of my recent Covid convalescence was spent watching Season One of Drive to Survive—which is every bit as good as Currie says.

Second, the Rockefellerian levels of money involved with Formula One (a championship-contending team will blow through something close to a half-billion per year) means that the people involved—owners, managers, drivers, everybody—must perform under levels of pressure that people in our little sand-flecked world cannot even comprehend. Mullet-flaunting playboy billionaire Vijay Mallya, for example, former Member of Parliament and owner of the Force India FI team, up to his neck in debt and alleged financial crimes after bankrupting his once-successful commercial airline, fled India just ahead of the law during the filming of Drive to Survive. Interested as I am with Kelly Slater’s vaccine-related U-turn, nothing the 11-time champ could ever do on terra firma will glue my ass to the couch like watching a bejeweled business titan implode onscreen.

Formula One and pro surfing, in other words and despite what JP Currie thinks, is not an apples-to-apples proposition. 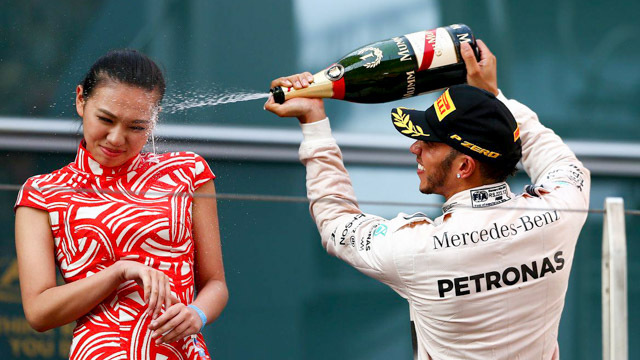 But I’ve just watched the first two episodes of Make or Break, and guess what? It doesn’t matter.

Pro surfing cannot compete with Formula One for the reasons I’ve described above, yes. But we have attributes of our own, things that I often do not see because the subject is so near and dear, and the Make or Break’s producers have zeroed in on those people, places, and characteristics. Zero chance the show will match Drive to Survive for viewer share. But with Make or Break we nonetheless have something that feels true to the sport (the tiny sliver of the sport that is competitive surfing, anyway), while also having the potential to be a modest hit in the general marketplace.

We have Tyler Wright and Gabe Medina, both of whom, to my admittedly biased eye, are more compelling personalities than any of the Drive to Survive gasoline alley hotshots.

We have women in general. Survive is a high-bred sausage party. 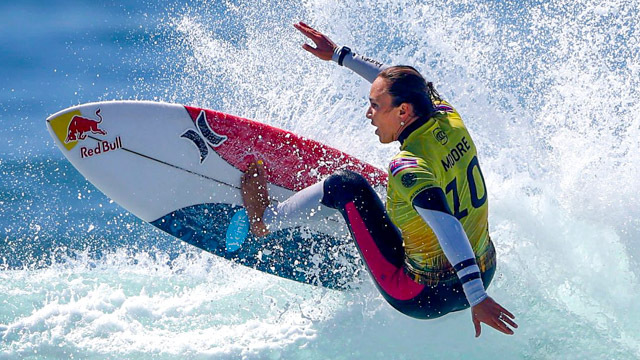 We have sharks, and while I appreciate the drama an apex predator brings to the table, I was both grateful and impressed that the producers chose not to overplay the shark fatality just prior to finals day at the 2020 Honolua Bay Maui Pro. The death was instead presented, correctly, as a trigger for the WSL’s quick and bold decision to move the event to Pipeline, where the women competed for the first time.

And pro surfing still, 35 years after the WCT’s kitchen table beginnings, retains a DIY element, which it turns out can be played to an advantage. There is a scene in second episode of Make or Break where Gabe Medina admits that he did not want to travel to Australia last year (“people close to me, they made me go”), and because the trip is last-minute, and because these are pro surfers and not Formula One drivers, two-time world champ Medina picks up the phone and calls three-time world champ Mick Fanning to ask if Mick will coach him through the Aussie leg. Mick says no but kicks the job over his pal Andy King. And just like that Medina and King are a unit. An agreement must have been signed at some point, but otherwise, as far as I can tell, there were no managers, agents, or corpos of any kind involved. Just a few phone calls and text messages between Gabe, Mick, and Andy. Did it work? Gabe got two wins and a runner-up in Australia, moved into the ratings’ lead and never looked back. (World-title-wise, that is. The personal and professional hurricane Gabe walked into shortly thereafter will be, along with Kelly Slater’s 2022 Pipe win, the main storyline of Make or Break’s Season Two.) 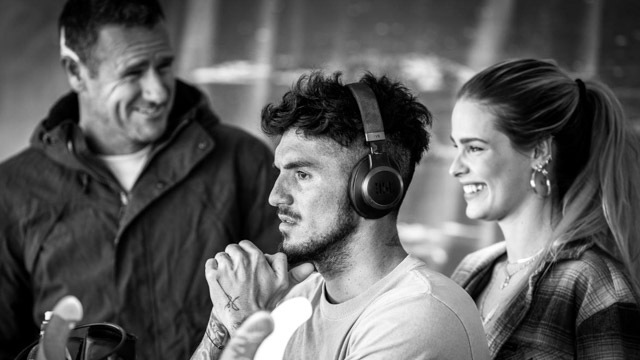 Oddly, surfing itself—the editing and pacing, that is, not the actual wave-riding—is the weakest part of Make or Break. It’s an easy fix (show full rides), and I’m guessing the producers will figure it out as the show progresses. If they don’t, I’ll watch every episode anyway.

I cannot sign off without gently putting the boot to the WSL. There is a real absurdity in the fact that the show within the show (Make or Break) is 100-times better than the actual show itself (WSL’s presentation of competitive surfing). More than an absurdity, in fact, this may be a fatal deficit on WSL’s part. But it just occurred to me that the WSL cratering midyear in 2023 would guarantee a fantastic third season for Make or Break.