I’ll be working blue this week in honor of Greg Noll, who at age 84 has shuffled off his mortal boardshorts and charged into the great hereafter. If you’d prefer a family-friendly obit, here are three, from the New York Times, the Washington Post, and the LA Times. These articles mention, in passing, Noll’s “salty” and “blunt” sense of humor, which is like saying Jason Momoa is “handsome” and “well-built,” and I am here to remind everybody that in one of his final public appearances—the 2016 WSL Big Wave Awards, in Anaheim—Noll lumbered to the mic like Falsfaff gone Hawaiian and told a story that began as a somber tribute to a recently-hospitalized friend and ended with the reveal this his pal had in fact taken ill after “eating too much pussy.” (Watch here; Noll’s on at 2:08)

I’m not leading with this story because it was scandalous (it was, kind of; SURFER said Noll “brought the house down,” the OC Weekly strongly disagreed), or because I think the joke is funny (yes and no; we’ll get back to this in a minute), but because Noll more or less winding up his public life with a raunchy joke is as perfect a summation of the man as we are likely to get.

Raunch, for starters, was a big part of the Noll brand. In the opening pages of his 1989 autobiography, he talks with affection about a brief experience with a Mexican hooker during his first trip to Baja—at age 11—and the tone is set for the rest of the book. 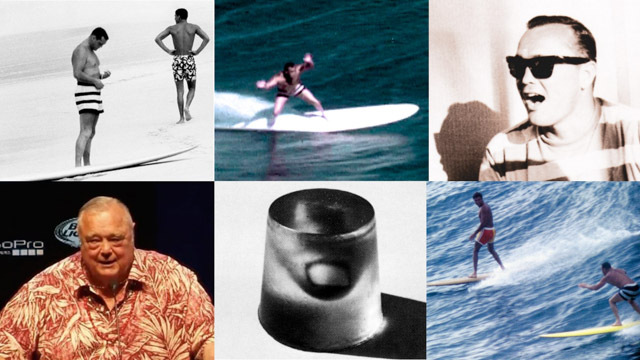 Beyond that, and I think more importantly, Noll, as a rule, did not want to be told what to do. Or put another way, he took great pleasure in stomping expectations, especially when those expectations came from authority figures. Outrage wasn’t the goal, exactly—the last 50 years of Noll’s life were by and large spent quietly with family in rural Northern California, fishing and shaping and watching Fox News—but there is no dismissing the fuck-you motivation he channeled during his early years, and that very much includes his surfing life and career. Sitting in the principal’s office at Mira Costa High School, for example, being grilled about why he spent so much time on the beach, knowing that he was being viewed as somebody who would “never amount to shit.” That pushed Noll.

Sixty-five years later, being told to “clean up” his act before walking onstage that night in Anaheim—that pushed Noll, too.

Or my favorite Noll transgression of all, his cameo in 1970’s Pacific Vibrations. While everyone else onscreen is flashing peace signs and drinking smoothies, Noll picks up a greasy wax-paper-wrapped fast-food cheeseburger and bites into it like a juvenile T. Rex. 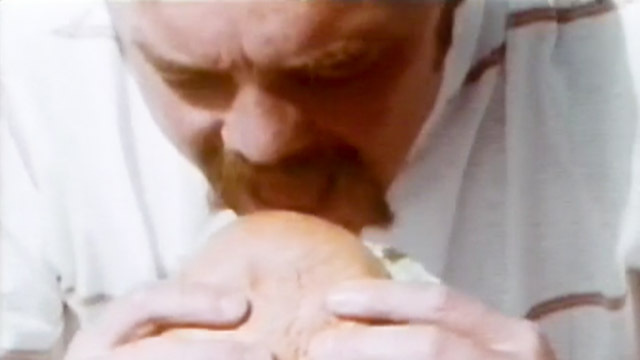 Stacy Peralta made a thousand great decisions while piecing together Riding Giants, but for my money the best one was to score the 1957 Noll-led charge on Waimea with Link Wray’s “Rumble”—the first and only instrumental banned from the radio. Greg Noll loved dancing up to the edge of banishment, for fun and thrills (his big-wave act was full of shtick up until it was time to ride huge, deadly waves, at which point Noll was all business), and got away with it every time until basically canceling himself by leaving the sport to make himself over as a NorCal fisherman in the early 1970s.

One last pass at the Big Wave Awards hijinks, before signing off.

Noll’s joke, out of context, is not funny. Great setup, antique punchline.

But there IS context.

The Greg Noll we revered and celebrated and gave lifetime-achievement awards to was in large part a character he created and played. That character was one-third appearances (linebacker physique, jailhouse trunks), one-third long-form storytelling (Waimea ’57, Makaha ’69), one-third assorted vulgarities souffleed into entertainment (Ricky James’ severed thumb), and in the early 1960s, when the pieces all locked into place—that was it, game over, Greg loved playing the role, we loved watching and listening, there was no turning back.

So the real humor that night in Anaheim was to invite Noll to another paint-by-numbers surfing awards show, tell him to tone it down, and actually expect the outcome to be anything other than exactly what it was. The red flag was waved. The Bull, 80 years old but very much not out to pasture, charged. I’m still laughing. 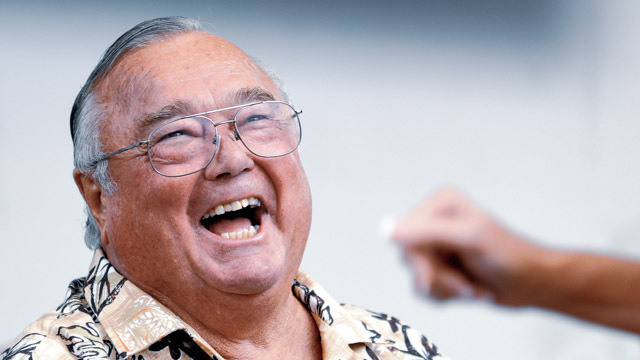 “He’s Got the Look: Greg Noll Charges Into the Marketing Game”

“Greg Noll’s 1969 Makaha Wave Has Thrashed Us All”

History of Surfing: “An Exorcism at Waimea”

Above the Roar: Greg Noll 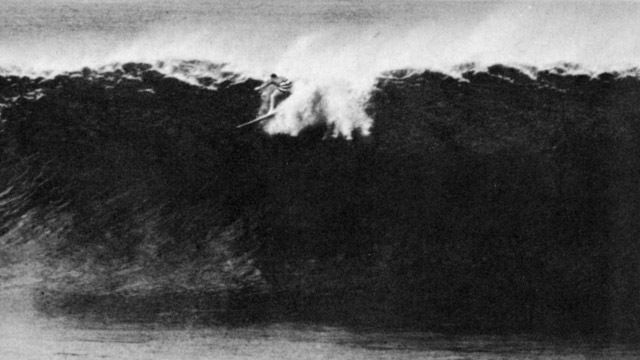 PS: If you’ve gotten this far, you might as well hear Redd Foxx’s version of the joke Noll told. It starts at 00:59.