For those of you who feel that maybe I’ve leaned too hard into the competition scene of late, what with recent confabs on the Olympics, the WSL Finals, and Fred Hemmings—today’s Sunday Joint is dedicated to Paul Gebauer, the most non-competitive and anti-Hemmings surfer of his or any other generation.

Gebauer died last week at the age of 80. By his own choice, he did not have a long career in surfing, and in the decades after his departure did nothing whatsoever by way of servicing his own legend. But for a while there, during the Kennedy years, Gebauer was the North Shore’s smoothest and most stylish rider, atop a black-and-yellow gun that looked like a flying pikestaff, upright and calm where others squatted, hands and arms creating grace notes in a way that suggested he had melted down the death-cheating part of big-wave riding and was now turning it into jazz. (Gebauer taught himself flamenco and classical guitar, and played Segovia as well as he rode Sunset.) If we’re going back through the years to find people whose big-wave method put style on equal footing with courage—so forget about Trent, Noll, Van Dyke, Angel, or Cole; I’m talking about the matadors, not the bulls—you must stop and admire Paul Strauch. Strauch, in turn, admired Paul Gebauer. (You’d bring Kealoha Kaio into that circle, too, and all three sat at the feet of original big-wave style patron George Downing.) 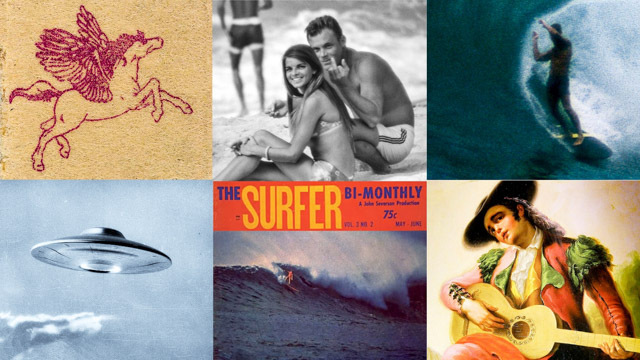 There’s not much archival material on Paul Gebauer, but you can nonetheless see him pulling away from the North Shore’s hustle and churn as early as 1963, at age 22, when, in his only (very short) SURFER profile, he described his outlook on surfing as “dismal,” because of crowds, and said that in the future he would only “surf once in a while for fun and exercise.” The following year, in a short column for the Honolulu Advertiser, Gebauer wrote what might be surfing’s first mainstream-published anti-competition statement, noting that contests were designed and run “by people who have no interest in the sport and who are not surfers.” 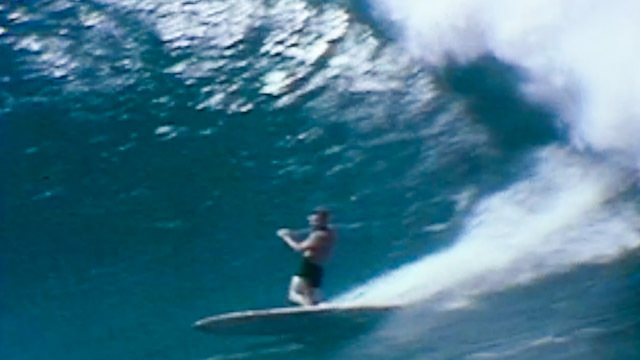 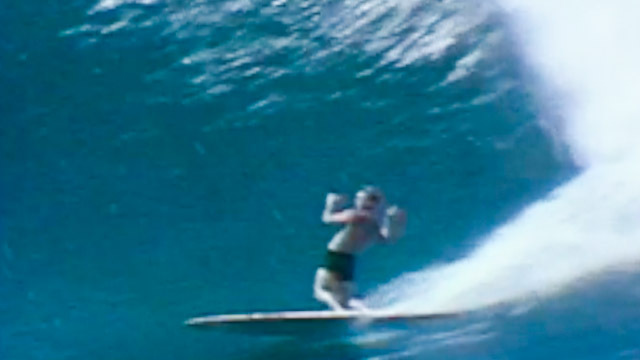 In 1965, after being voted the #2 Big-Wave Rider in Surfing Illustrated’s Surf Poll (behind Noll, but ahead of Hemmings, Trent, and Grigg), Gebauer moved to Maui and essentially dropped out of surfing and into . . . well, it depends on who you ask. Drugs, mysticism, UFOs, and long periods spent camped in Haleakala Crater were all very much a part of Gebauer’s existence on Maui. He was homeless for a while, yet very much held onto his dignity. During his peak surfing years, Gebauer was sociable and presented himself as bright, funny, and sarcastic. But his early life had likely been difficult to the point of causing emotional damage, and reading between the lines, his move to Maui, and the greater solitude it brought, was necessary to escape a life that did not suit him. Fred Hemmings’ take on Gebauer, on the other hand, as expressed in Hemmings’ 1969 “Pro Surfing is White!” article, was as merciless as it was cruel: “Another once-great big-wave rider’s brain is like a dried prune because of dope. He now lives an unproductive existence on the slopes of Haleakala.” 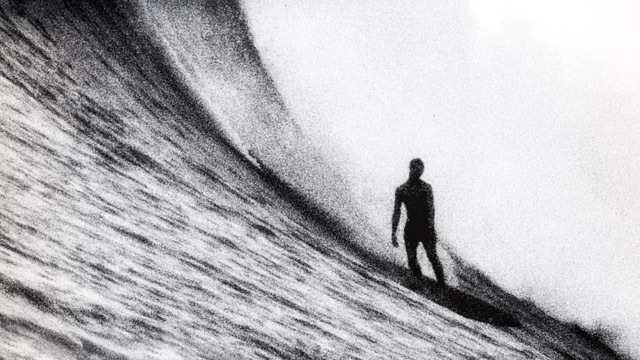 I won’t pretend to have any real understanding or knowledge of Paul Gebauer. His surfing talent was enormous, and in the hallowed theater of early big-wave riding he should be repositioned closer to the front of the stage. Beyond that, I’m attracted to him because he read a lot and was apparently kind to cats.  Watching this 2018 video, Gebauer comes across as both lucid and far out; gentle and feisty. He talks about extraterrestrials in the same reasonable voice he uses while recalling his childhood in Waikiki. The Donald-Trump-as-yogi T-shirt tells us his sense of humor is intact. The guitar playing (scroll to 12:30) tells us Gebauer remained connected to beauty and drama—it is the audio version of what he did 50-something years earlier at Sunset Beach, minor-key and elegant, when practically everyone else in the lineup was stomping out a rudimentary 2/4 beat with sticks on a log.

I don’t myself believe in aliens. But maybe they are simply more discerning than we give them credit for in terms of who they show themselves to. A flamenco-guitar-playing big-wave rider who surfs with Tom Curren’s time-looped spirit—that would catch ET’s eye, sure enough.

PS: I didn’t know until last week that Gebauer was the tall handsome nail-biter between Fred Van Dyke and a woman only identified as “Allison” in my all-time favorite Ron Church photo. 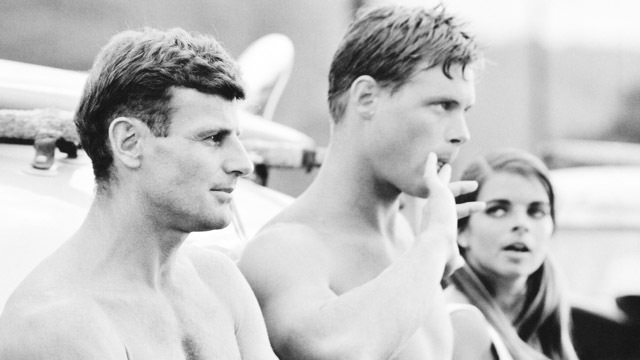 Allison is featured in a handful of other Church pics from that same ’62–’63 North Shore winter season, and it is my strong belief that the right creative person could easily storyboard these photos into our first Oscar-worthy surf film. Does anybody out there know who Allison is, and what happened to her? 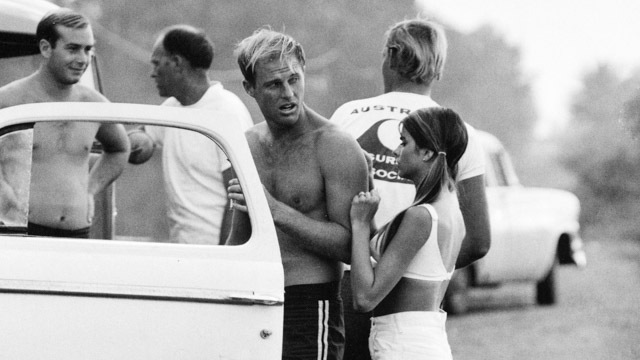 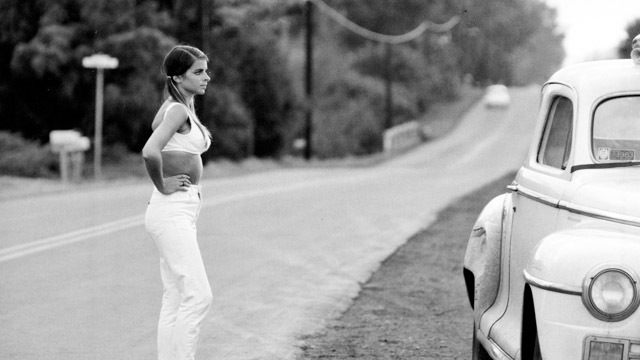 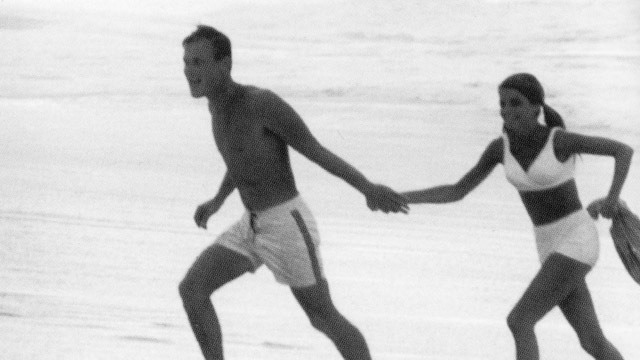 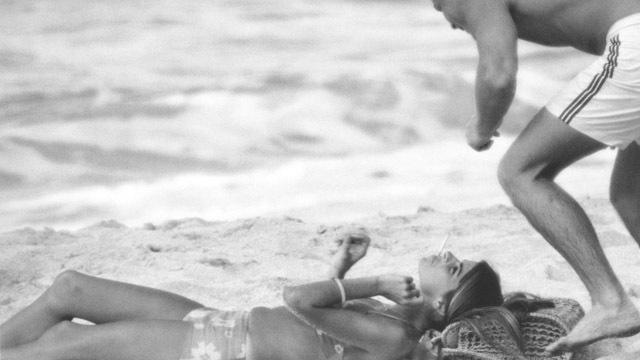 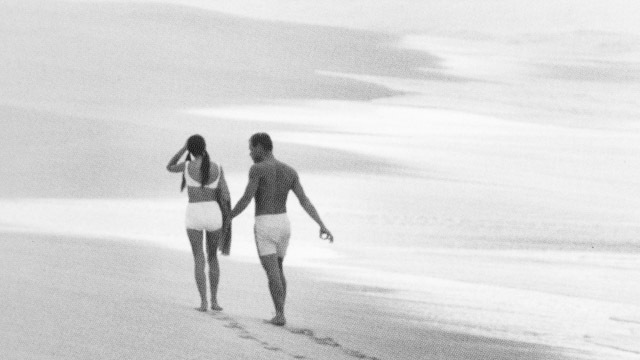 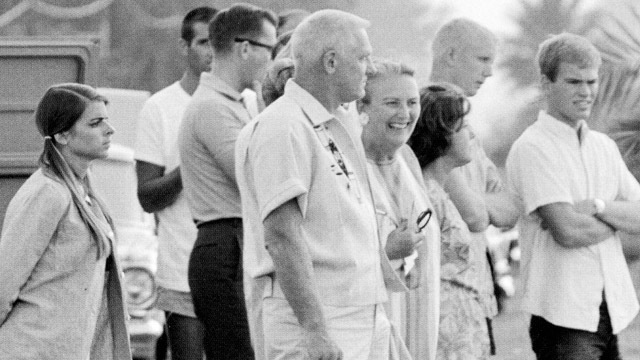