Jen See of Santa Barbara, BeachGrit’s least-trolling and sole PhD-holding writer, said last week she was “pretty sure the curve of a woman’s hip off the end of a longboard, that dance, that swing, is the most beautiful thing in surfing.” Jen was inspired after seeing Lauren Hill’s new documentary film The Physics of Noseriding, which looks slow-mo and groovy in the trailer but apparently does in fact get into hard science and whatnot.

I am the son of a physicist and have rebelled against the patriarchy by not much understanding or being interested at all in physics—that said, the science of noseriding doesn’t seem all that complicated. Water moves up the wave face, pushes against the nose and lays out a “WELCOME! PLEASE LEAVE BY 9:00” doormat on the tip. We’re not splitting the atom here.

That’s what I thought, anyway. Jen’s article encouraged me to make the long-postponed hang ten video, and while we all know that hanging ten is very much on the black-belt side in terms of noseriding difficulty, I was nonetheless shocked at how few clips there are of Golden Age longboarders making it all the way to the cleaving edge and holding position for more than a beat or two. Most of the waves in the first half of the clip are slowed way down. Some of the noserides are not completed, and others, it could be argued, are less than ten. (JJ Moon, you will recall from last week’s Joint, is the only surfer to hang eleven.)

The men, in other words, the legends, needed all the physics they could get.

The women in the second half of the clip, on the other hand—Chicago-born teenager Haley Otto along with two-time world champ and style queen Kelia Moniz—are post-physics. Turns out I do need Lauren Hill’s movie to better explain to me to what unseen forces are at play to make this kind of surfing possible, but I also need to watch more Cyd Charisse and Fred Astaire because, to build on Jen See’s point, science alone will never explain our amphibious dance and swing—and would you look at that, have we backed into a lightly-poetic definition of surfing? Jen, have we just become the Fred and Cyd of pithy surfisms? 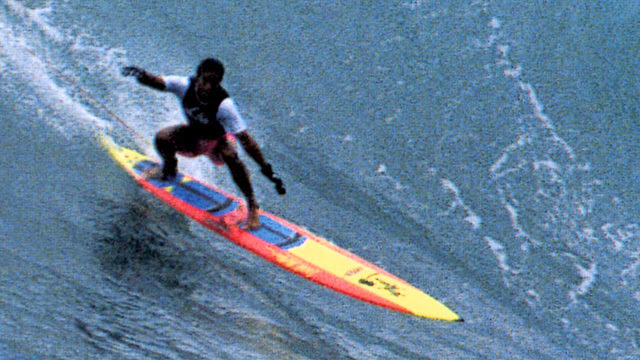 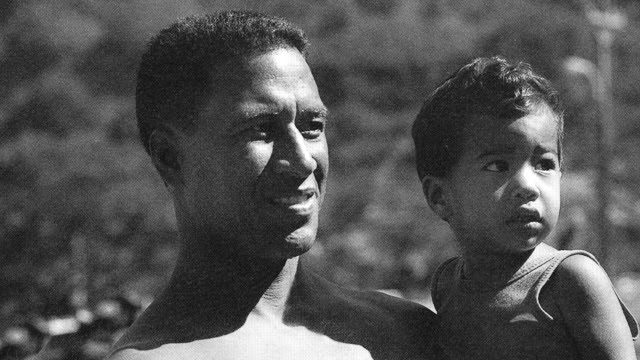 Tony Moniz was the Moniz who counted in the 1980s and ’90. Neither a stylist or a world-beater like his daughter, Tony was a quiet, determined, absolutely fearless man of action on the North Shore, with an amazing zig-zagging backstory. As Derek Hynd wrote in “Crossroads,” a 1991 SURFER profile:

Given Moniz’ current expertise in the most demanding surf in the world, it seems strange that his devotion to it has been so fickle. Crossroads have ruled the last 20 years of his life. Raised as a town surfer, he broke ground against the likes of young Michael Ho. Then quit surfing to race motocross at Kahuku against world champions. Then quit racing to learn to box. Then quit boxing to return to the surf. Then quit drugs in dedication to God and big-wave riding.

The opening rides in this Tony Moniz video were shot at the 1986 Quiksilver-Eddie. If you’ve ever watched Waimea from the point, you know that the wipeout Moniz takes on wave #3 is alarming, not just because the wave vectors in on him like a pair of jackals, but because Moniz at that point is maybe 40 yards off the rocks you see in the middle of the photo below. I mean, look at the place. How confident, how bored, how desperate, would you have to be to not go right? I’m wondering. Jock Sutherland went left at Waimea, so did Marvin Foster and Shawn Briley. But was Moniz the first regularfooter to do it? And has anybody ever gotten drilled as hard for their efforts? Tony finished the ’86 event with a middling result—15th place—but otherwise in good fettle, so my guess is he popped up from that wipeout and there were no waves following to strain him through the rocks, all’s well that ends well, but jeez watching it onscreen put a shiver right up me. 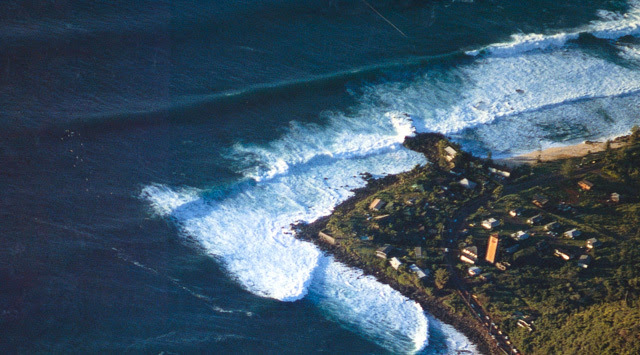 Kelia Moniz also has the crazy dragon-slaying gene, by the way, just like dad and younger brothers Seth and Josh, and the final shot of her in this Teahupoo clip might even out-gnarly Tony’s Waimea wipeout. No dance there. No swing. Just a prayerful word of thanks on the flight back to Honolulu and hopefully some re-evaluation of equipment choices when the surf is eight feet and double-sucking over a reef pass.

PS: Dan Flecky died suddenly last weekend, from a stroke, at age 69. I wrote this about him in 2015: “Flecky was the hottest Newport Beach guy in the mid-‘70s, or maybe the hottest guy in all of California, depending on how you felt about Mike Purpus. He was the most Aussie of all the West Coasters. Wide stance, aggressive, jamming turn after turn. Surfed a little like Michael Peterson. Had the MP mustache. For that matter, he was quiet and intense, like MP—us younger guys were a little scared of Flecky, actually. Dan is now semi-famous as cofounder of Black Flys, but to me he’s still that ridiculously talented pre-world-tour surfer who should have got a lot more attention than he did.” The other thing Dan did, almost single-handedly—although Purpus, again, is in the conversation—was lead California out of our long and depressing white-board-black-wetsuit wilderness. Where Purpus was colorful and pushy and very much not everybody’s cup of tea, Dan was colorful and quiet, flamboyant and semi-underground at the same time, and simply too good for anybody to call bullshit on. The Black Flys deal, for me anyway, changed the dynamic. I can’t say this was against character because I didn’t know Dan well enough. Suffice to say, Black Flys was just the kind of half-joking horndog deviancy that Purpus would have gone in for during middle age if he’d had the ambition and the business sense. But never mind. My memories of Dan Flecky all bend toward the 1970s and early ’80s when he was definitively, effortlessly cool, and surfing circles around the rest of us. 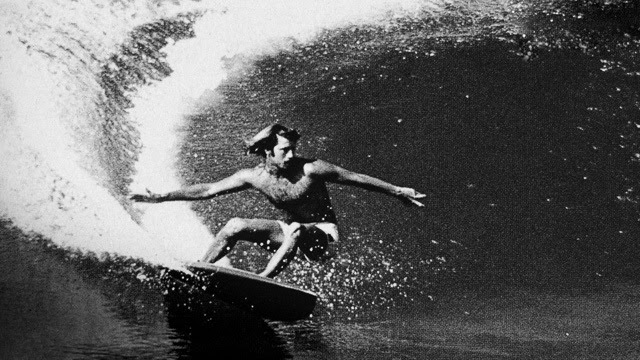 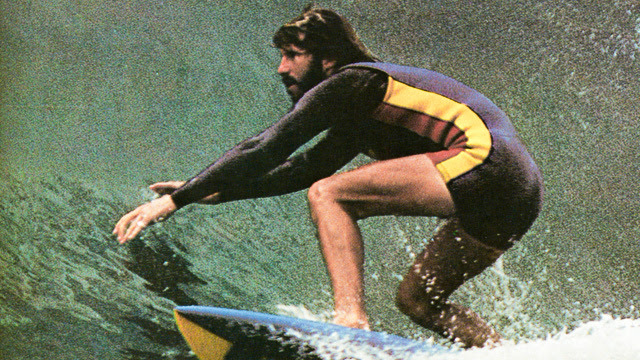 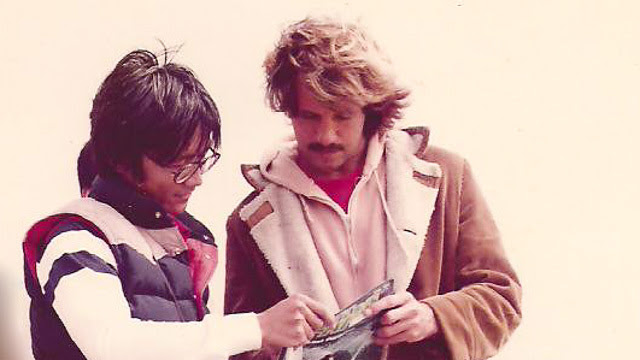 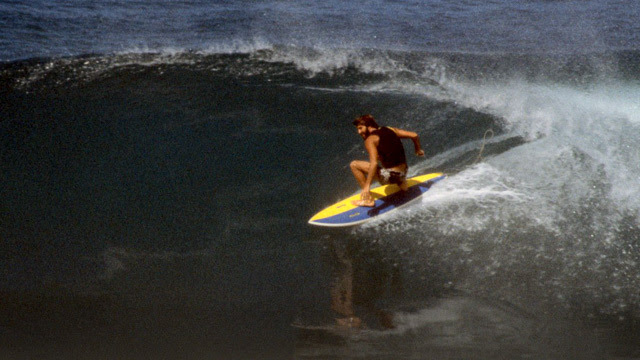 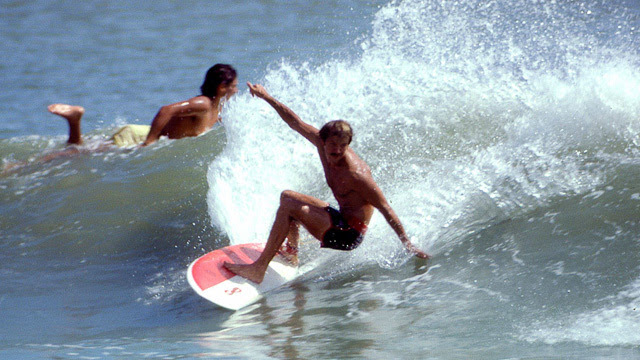